• Eli Njuchi saud, "The song Illuminati came from the industry stories about how artists are said to sell their souls just to win or be successful." 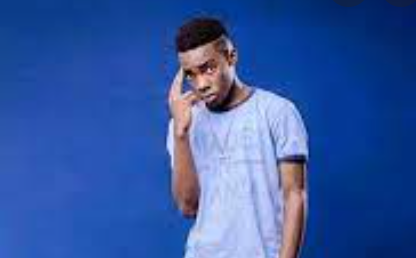 The unassuming Malawian has triggered a TikTok dance challenge with his latest release, the very catchy GuGuGu.

As we know, once a song is a hit on TikTok, it’s pretty much guaranteed the song will blow up more widely.

Back in 2015, when he was just 13, he was taken under the wing of producer Chycoon, and did backing vocals on a track called Never Leave You starring his friend and fellow artist Veda.

"Chycoon is the one who really inspired me, he has an ear for good beats, he believed in me, and at that time he was very big in our ghetto, he was a ghetto star. Here we are man, the rest is history."

Before GuGuGu, Eli Njuchi’s biggest song was Why in which he talks about having a crush on Malawian singer Sangie.

"She’s like our Beyoncé here, so think about it, an ordinary Eli Njuchi crushing on Beyoncé, you see how crazy it is!

When I recorded it I sent it to her and she loved it, I was even surprised that she promoted it. It left a lot of people interested, man, there were lots of questions, people were asking was the song real or is it just a song?

So I think that’s what made the song that big. I think a lot of people related to it. They had, or they have, a crush on her. Shouldn’t be hiding anything here!"

It’s surely also Eli Njuchi’s singing voice and obvious talent that made the song a hit. But another of his breakthrough songs also had an intriguing theme, so he clearly knows how to hook people’s attention:

"The song Illuminati came from the industry stories about how artists are said to sell their souls just to win or be successful."

Eli Njuchi is not talking metaphorically:

"We’ve heard about these stories like Jay-Z or other artists joined the Illuminati to get rich and powerful, and here in Africa people believe in witchcraft for them to be successful as a doctor or an engineer, which is not true, you just need to work hard, so it’s what I wanted to narrate. I like storytelling."

He’s barely out of his teens, but Eli Njuchi is already taking his position as an artist and influencer very seriously.

"I’m a He for She ambassador, a UN women’s project. I stand for the rights of the girl child, the women.

As a male artist I have a responsibility to protect my sister, your sister, your mother from all forms of abuse by fellow men. I want to be the voice for the process of change.

I hope my stories, my voice, will somehow stop that man from abusing that woman, that boy from trying to rape that girl. That’s my vision, that’s my goal."

Watch out for Red Flag, Eli Njuchi’s third album, for which he intends to have a stadium launch in July.

"I’m so, so super excited. The future for the Malawian music industry is so bright. Artists nowadays are energised, we are putting in work, the audience is very supportive, and artists like me can now fully survive as artists."

Is KRG the Don a member of Illuminati? He responds

He says people lose privileges when they stop working with him.
Entertainment
6 months ago

One fan said, the value of Uhuru's watches "can change your life and your whole families life."
Politics
6 months ago

'Illuminati is real, It's existed since the 17th century,' - Pastor T

'They want to achieve a new world in which we have one currency, one faith, and one state.' -Pastor T
Entertainment
8 months ago
WATCH: For the latest videos on entertainment stories