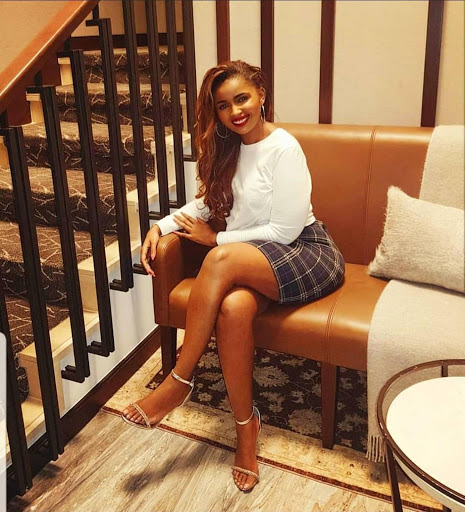 The auctioneers were there to attach her property to a Ksh 3.3m debt that was accrued due to a High Court ruling on defamation.

Yesterday, via her social media, Anerlisa finally spoke out saying none of her property was taken during the unsuccessful raid.

Anerlisa said, "No auctioneers took anything of mine and my move is nothing to do with anyone but myself. Just needed to make that clear. Done explaining anything. Doing me."

Her statement also pointed out that she did not move because the auctioneers still threatened to follow up with the court order to attach her property to the debt.

She moved because most of her business ventures are based in Naivasha and Nakuru is where her family home is.

Announcing the move from the Lavington home, Anerlisa took videos of the empty house with the caption, "I cannot believe I have to move out of my Nairobi home. I will surely miss you. #Situations"."

"It was such a beautiful home. Parking is so empty. We out."

Anerlisa has also sold her car.

"Also, I thought I should mention. Those car dealers reselling my car, be aware the car found a buyer!!!"

Samuel Mutisya of Samumu auctioneers who was executing the court order on behalf of Mwanainchi Credit Limited CEO Dennis Mombo told Mpasho that they will still go after Anerlisa to recoup the debt by law.

He said, "Even if it means taking her car if we find her with it, we will do that. This is to remind people that court orders are not issued in vain."

Anerlisa Muigai has moved houses, actually make that, moved to a different county.
Entertainment
2 months ago

Anerlisa Muigai claims she did not hide from auctioneers

Anerlisa Muigai claims she learnt about the whole issue on phone as she was in Nakuru when the auctioneers arrived.
Entertainment
3 months ago

Anerlisa Muigai, however, said that her posting the Bentley, did not intend to pass any message to anyone.
Entertainment
3 months ago
WATCH: For the latest videos on entertainment stories