• Announcing the move, Anerlisa Muigai said, "I cannot believe I have to move out of my Nairobi home."

• Auctioneer Samuel Mutisya told Mpasho that the auction notice is still valid and they will do anything necessary. 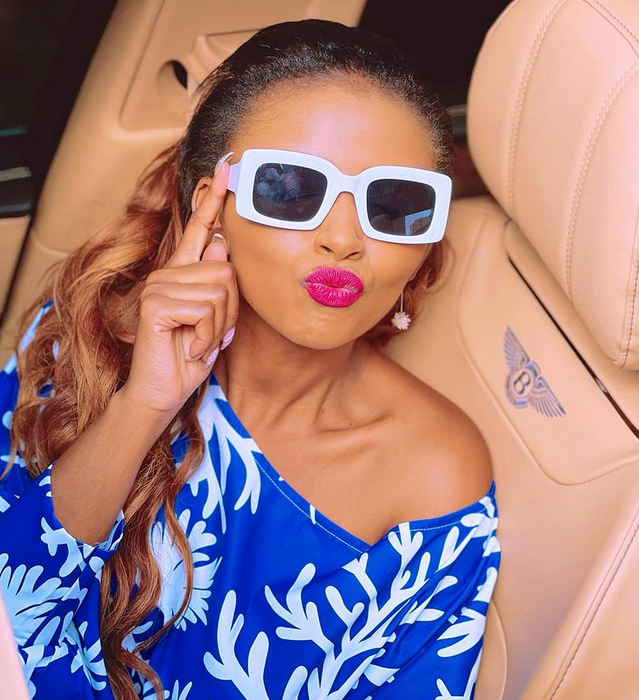 Anerlisa Muigai has moved houses, actually make that, moved to a different county. The Keroche Breweries heiress has shifted from her posh home at the Pyramid Valley in Lavington and moved to Nakuru.

This comes after auctioneers failed to access her home thanks to a powerful politician who chased them away.

Now she has moved from the posh apartments where she was paying Ksh 1m rent a month.

Announcing the move, she said, "I cannot believe I have to move out of my Nairobi home. I will surely miss you. #Situations"."

Adding, "It was such a beautiful home. Parking is so empty. We out."

On selling her car she wrote, "Also, I thought I should mention. Those car dealers reselling my car, be aware the car found a buyer!!!"

A few weeks back, Samuel Mutisya of Samumu auctioneers was at Anerlisa's home to who was on the ground to execute the court order dated  April 20, 2022, spoke to Mpasho saying, "I'm here to attach property owned by Anerlisa Muigai on the matter which emanated from a high court warrant against her over an approximate sum of Ksh 3.4m she is to pay  from a defamation case."

Asked what their next move is, he said, "We will talk to the lawyer to move to court to get a redress of the matter. Remember court orders are not issued in vain so, at the end of the day, the law must be seen to be obeyed, our presence here was pure to enforce the law."

Mutisya further said that the auction notice is still valid and they will do anything necessary.

"Even if it means taking her car if we find her with it, we will do that. This is to remind people that court orders are not issued in vain."

Messages to Anerlisa for comment on the matter went unanswered.

In a past Intastory, Anerlisa explained why she has been moving slowly to Nakuru.

"Some [people] asked me why I decided to move to and live in Nakuru but the truth is, Nakuru is peaceful."

Adding, "Peace is the new me."