• Nonini announced he terminated his contract with MCSK a few days ago.

• According to their website, creators may join ASCAP even if they do not have a valid US Social Security Number or are not a US citizen. 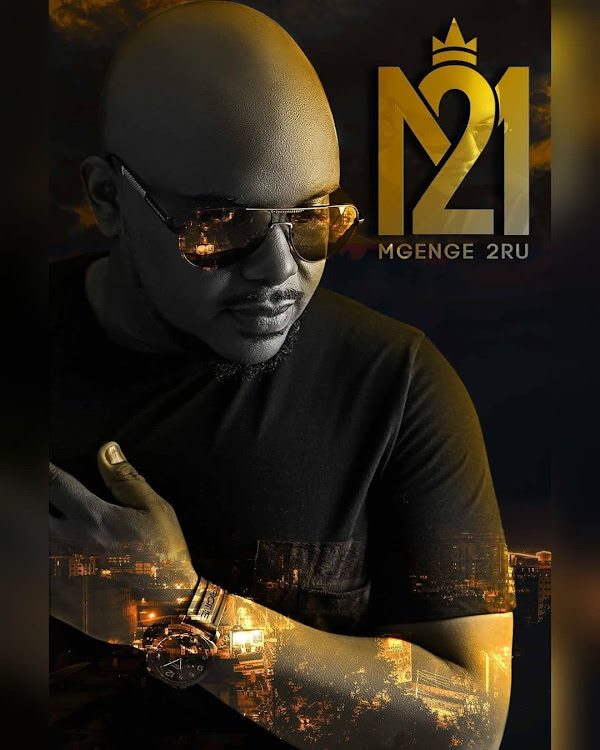 A few days after Genge singer Nonini announced he had terminated his contract with Music Copyright Society of Kenya (MCSK), he has made a new move.

Nonini is now a member of  American Society, ASCAP, a membership association of more than 850,000 songwriters, composers and music publishers.

The artiste relocated to the US during the Covid-19 pandemic and has been selling branded merchandise, including shoes and hoodies.

According to their website, creators may join ASCAP even if they do not have a valid US Social Security Number or are not a US citizen.

However, additional income reporting documentation must be provided with your application. 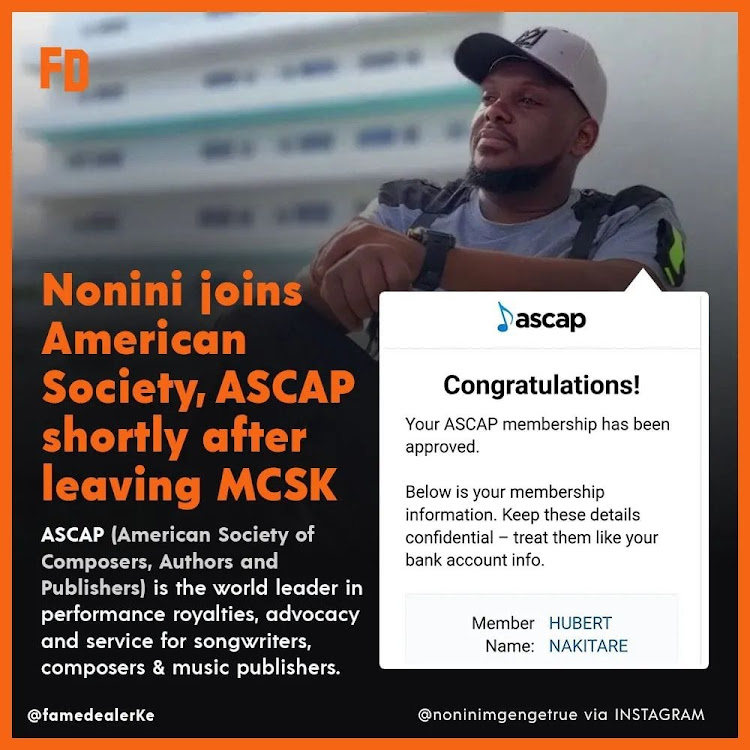 Nonini shared a letter signed by MCSK CEO Ezekiel Mutua announcing he is no longer a member of the body on his social media platforms.

In the letter, it was clear that he applied to terminate his membership with MCSK in February this year.

The termination came into effect on May 18.

Nonini said it was time he moves to something that works better for him.

"We need to take affirmative actions like this one. We have the power," he wrote.

"Insanity is doing the same thing over and over and expecting different results. Moving on to something that actually works."

In a different post, Nonini said change is the only thing that can bring better leadership.

"The human society is the extension of the individual," he wrote.

"If we really want a radical change in anything, if we want a better world, better leadership and better structures.

"We need to change the things that are not working by understanding you have the power individually. It starts with one person."

Nonini terminates his membership from MCSK

MCSK is mandated to provide for a fair formula for sharing of revenue from ring back tunes between artists/copyright holders and telecommunication ...
Entertainment
2 months ago

Nonini said that Juliani has been working hard for his money for the past decade and has remained as one of the most sought-after artist.
Entertainment
10 months ago

Nonini: Why I ventured into the fashion business

Nonini is determined to build a big fashion brand that will gain international recognition.
Exclusives
10 months ago