'My confidence was tested by trolls,' says Azziad

• Azziad said she has learnt to have a thick skin and to be able to express and build herself as a brand at only 21 years of age.

• Azziad said her confidence was tested when she became a star with her tiktok video. 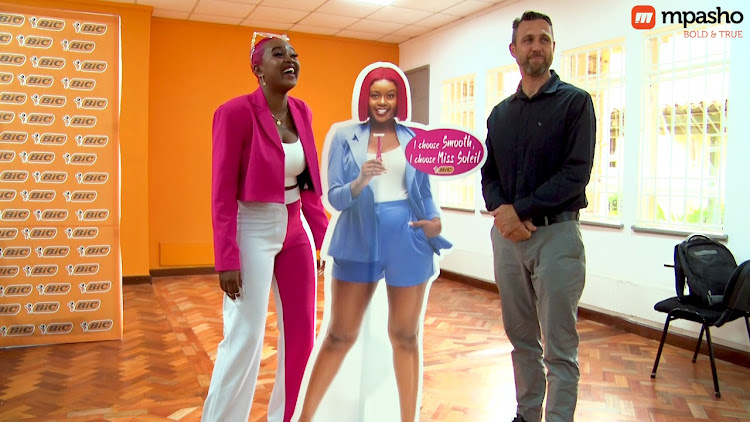 Speaking at a panel on Confidence and Self Care campus tour with Bic company, Azziad who is also their brand ambassador explained that she has mastered to have self confidence as an internet sensation.

Azziad said she has learnt to have a thick skin and to be able to express herself and build herself as a brand at only 21 years of age.

However, Azziad said her confidence was tested when she became a star with her tiktok video.

"I was a confident child growing up, but that was put to test when i became a star after my first tiktok video went viral. I had to endure and overcome internet bullying to become who I am today."

Azziad became an online sensation with her first video challenge she did of  Mejja's song 'Utawezana'.

The panel was held at Jomo Kenyatta University of Agriculture and Technology(JKUAT) main campus.

In a past interview with Mpasho.co.ke, Azziad said she almost fell into depression due to social media bullying.

"It was hard in the beginning because of all the bullying, if you remember for like two to three months, I almost fell into depression but then I was with people who love and care about me and they just helped me to tap out of it."

"I also pray a lot and I believe God cannot give you what you cannot handle and if God says it’s Azziad then it’s going to be Azziad. So I realized God chose me, He decided that the light is going to shine on me so I’m going to go with it."

Azziad eviscerates mzee who tried to bully her (Screenshot)

I was already big before 'Utawezana' - Azziad