Anita Nderu says it's time content creators are paid their worth

•The disparity gap has been an issue highlighted before 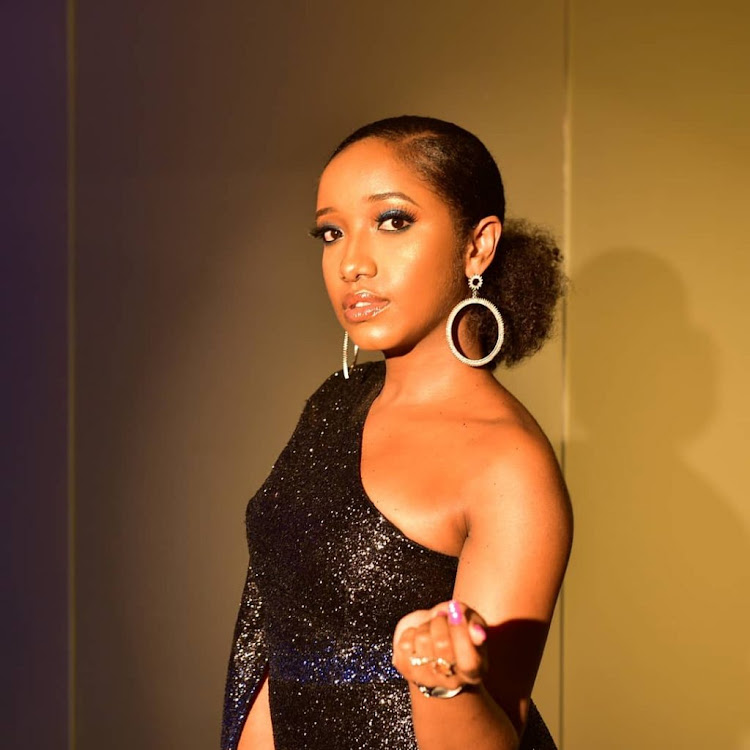 On her Instagram stories, Anita blamed this on "I have another unpopular opinion" she began

Anita added "This one is on how agencies and companies  are exploiting content creators and artistes these days. Looking booked and busy and being given free product isn't the same as getting paid for your value."

"Kenya needs a union that represents us and  sets T's and C's that protect us, because it is WORK, to produce  all the content you see and it costs money  and time to  show up looking like we do"

Anita pointed the problem at marketers underpaying yet a budget exists

"More often than not, the budget is there we are settling for les or nothing. The sooner we stop undercutting  each other for pennies,  and agreeing to be exploited so we look busy, the better our bottom line will be" 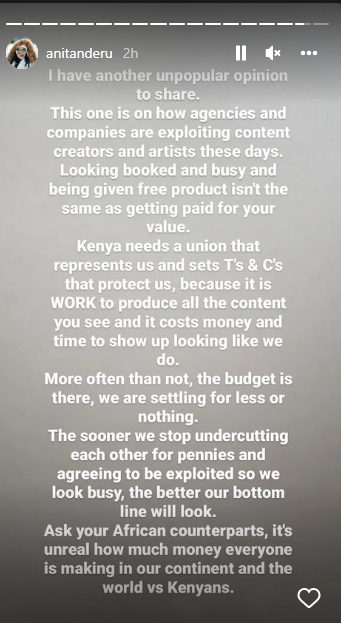 The media personality never shies away from giving her opinion, and recently told that matters LGBTQ .

The former TV host expressed disappointment at Kenyans who are very vocal about the LGBT community over other injustices.

“I will never understand how Kenyans turn a blind eye to economy, shattering corruption and debt, social injustices, celebrate in cults like fashion murderers and thieves both in and out of office, vote into power politicians with characters and agendas, accept inequality in access to jobs, good education, housing, healthcare, their rights as tax-paying citizens and infrastructure. Then draw the moral law, rights, religion and culture line the second the LGBTQ+ community is mentioned,” she wrote.

This is not the first time that content creators have touched on this issue.

They have pointed out that they have a huge impact on consumers plus a huge following and so it is only fair to be compensated likewise.

The influencer pay gap has come under scrutiny has also called out marketing agencies that work as middle men for companies/brands.

Influencers say they are given free outfits to push content to their legion of followers yet it costs money to make content.

Some of these wazungu's relocated to Kenya while some were born here.
Entertainment
4 months ago

Kinuthia dropped out of school where he was studying Culinary arts to focus on content creation.
Entertainment
4 months ago
WATCH: For the latest videos on entertainment stories