Kate Actress's event was attended by many of her celeb friends

• The event was attended by the likes of Jackie Matubia, Diana Marua, Judy Nyawira, and Celestine Ndinda. 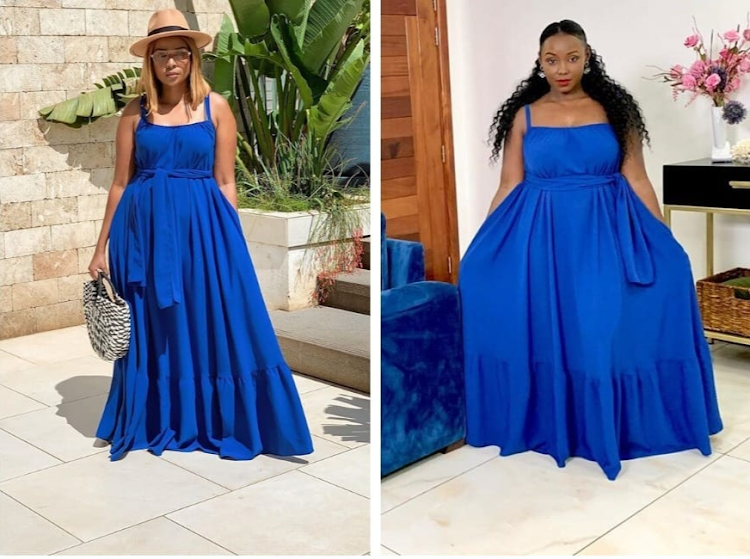 Nancie Mwai and Kate Actress in a collage
Image: Instagram

Some of the celebs who came out in support of the former Mother-in-Law alumni included Jackie Matubia, Diana Marua, Judy Nyawira, and Celestine Ndinda.

One person who was conspicuously missing was beauty influencer, Nancie Mwai. This was noted by a little bird who contacted Mpasho yesterday.

The bird added that Nancy's absence was made all the more obvious considering that many of Kate's industry friends came out in support of her new venture.

The little bird even went as far as to inform us that Nancie had unfollowed the mother of two on Instagram which is normally a huge sign that a relationship is not O.K.

And Mpasho.co.ke of course went digging (just so you don't have to)  to check whether our little bird was actually right.

Manze! She was! While Kate is still following Nancie, the beautypreneur isn't following her. So is it that Nancie has never followed Kate or has she recently pressed the unfollow button on someone she was great friends with?

Sadly we don't have the answer for that.

What is also interesting about this whole affair is that Kate herself attended the launch of Nancie's new cosmetic line dubbed, 'New Level Nudes Collection', which took place on September 23rd last year.

And Kate wasn't the only celeb to attend the event with Milly WaJesus, Maureen Waititu, Maureen Bandari, Yummy Mummy, and Sharon Mundia all coming.

When Mpasho checked whether Nancie was still following (on Instagram) all the other celebs who also attended the event, one can see that she still is.

So that brings up the question? Is this article much ado about nothing or is there a legit reason why Nancie isn't following Kate Actress and also didn't attend her launch this week?

One can only wonder?

"Guys because you feel someone else's body is perfect I don't feel that way. I feel like the elephant I saw in the Ark [movie]." - Kate Actress.
Lifestyle
1 month ago