• Mama Hamisa Mobetto says he would accept a marriage proposal from a young man if she was in love with him.

• She says even prophet Mohammed married a young woman despite his age. 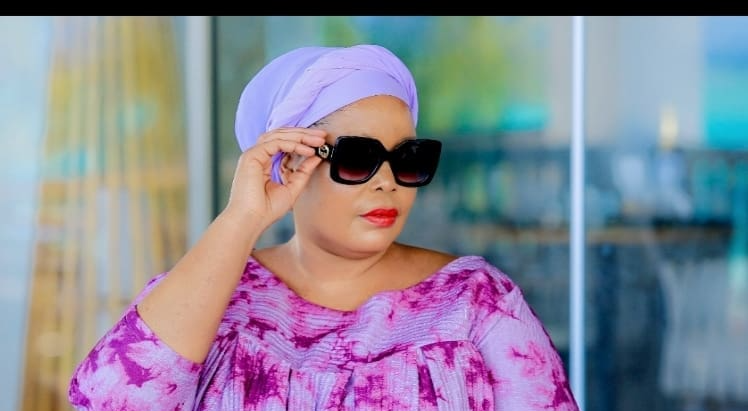 Hamisa Mobetto's mum has hit back at trolls who say she enjoys dating Ben 10's. These are men who are way too younger than her.

She says her Islamic religion allows her to get married to whoever she wants regardless of age. Speaking during the EP launch of her daughter Hamisa, Mama Mobetto retorted,

"I am a Muslim woman and if a young man comes out wanting to marry me I am ready. If he goes to ask for my hand in marriage to my parents and I am OK with it where is the problem?"

Mama Mobetto defended herself arguing that Prophet Mohamed was old yet he got married to a younger woman known as Khadija.

"If someone has proof that I hand out with small boys let him/her show it."

She and Mama Diamond have for a long time been rumoured to have a liking for younger men.

Mama Diamond is currently dating uncle Shamte and although he is not a Ben 10, he is younger than the mother to Tanzania's biggest star Diamond Platnumz.

Many had anticipated the relationship not to work out but they have proven their critics.

Dating someone younger is not unheard of French president Macron is married to a woman who is older than him by more than 20 years.

Here in Kenya Francis Atwoli is married who is in his 70s married to Mary Kilobi who is in her 30s.

Diana Marua and Bahati also have a 2 year age gap with Diana being the older one. Gospel artiste Guardian Angel is also married to an older woman. He is in his 30's while his wife Esther Musila is in her early 50s.

Dating a younger or older partner is not a guarantee that a marriage will work or fail. A marriage is kept by commitment trust and definitely love.

Why marriage to an older woman is likely to succeed

Prominent celebs married to spouses older/younger than them

Prominent celebs married to spouses older/younger than them
Lifestyle
2 years ago
WATCH: For the latest videos on entertainment stories