Azziad eviscerates mzee who tried to bully her (Screenshot)

• Azziad Nasenya has become one of the biggest brand influencers in the country.

• Azziad has had to deal with trolls and cyberbullies during her time in the limelight. 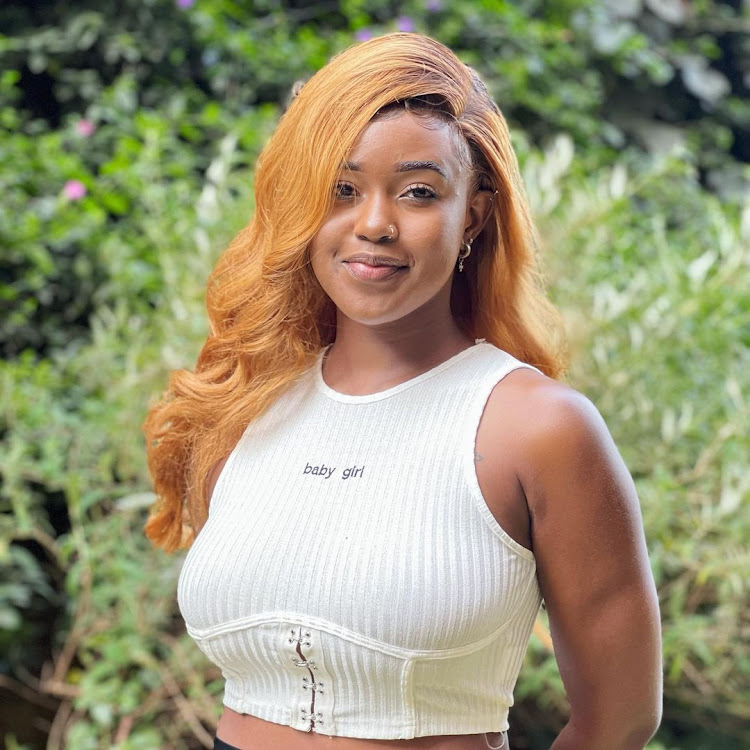 This week, TikTok sensation and brand influencer extraordinaire, Azziad Nasenya had to get her elbows out recently after a troll decided to come at her wrong.

The 21-year-old had just posted a beautiful Instagram video promoting a razor company that she is a brand influencer for.

While most fans were ecstatic about the infinity pool that she was swimming in, one man brought his grumpiness to bear.

The unhappy man made a simple one-word comment writing, "Foolish." But Azziad hasn't gotten to where she is without developing a thick skin.

The chocolate beauty issued a mature and assured response to the 'Mzee". She wrote,

"Old man, Why are you bitter? We aren't agemates. Go pick fights with your agemates. 😂😂😂" 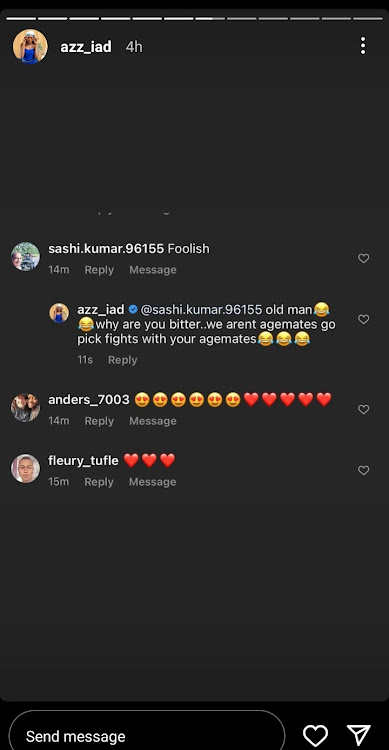 Azziad is no stranger to hurtful and mean comments from strangers and trolls online, having encountered them since her breakthrough moment in April 2020.

At the time Azziad became a bonafide star when her viral dance video for Femi One and Mejja's song, 'Utawezana' made huge waves.

While most Kenyans embraced her, some seethed and brandished their hate, something she spoke about in a January 2022 interview with the Nation.

“Right after I did the ‘Utawezana’ challenge I was bullied for quite some time, others said I had an ugly smile. It was a lot of stuff, which was the lowest moment in my life. At that moment I was contemplating deleting all my social media handles, but I thank God for my family who became my anchor."

“What I have learnt about bullies is that they really do not have a problem with you, it is more of them projecting their fears on you. Most of them were saying that I was not dancing well.”

The experience taught her to keep some things about herself from the public.

“But I do not show everything, because I learnt early enough in my career to be selfish with my private life. Because if I end up showing everything on social media sometimes this can be dangerous.”

Azziad joins other Kenyan stars like Huddah Monroe and Shix Kapienga who have trademarked their names. Others include Kim Kardashian West, Kylie ...
Exclusives
4 months ago
WATCH: For the latest videos on entertainment stories