Wife of Sauti Sol's Polycarp opens up on being dumped!

• Lady Mandy recounted the struggles of growing up with an abusive father.

• Polycarp's wife Mandy was dumped by an ex-bae after a five-year relationship. 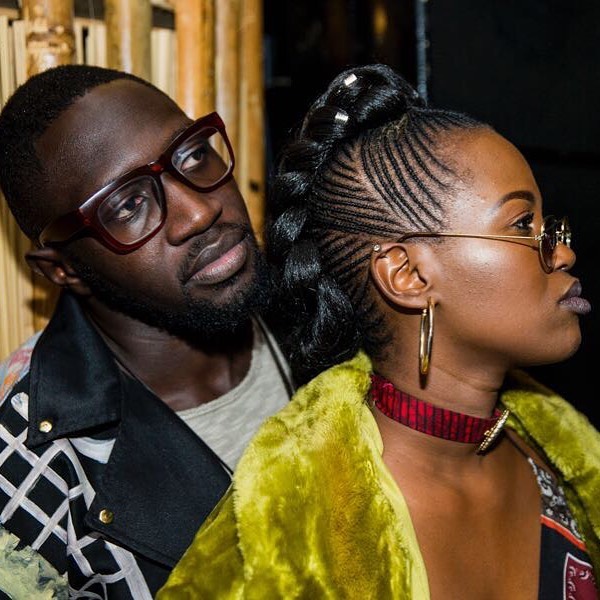 Lady Mandy, wife to Sauti Sol's guitarist Polycarp Otieno, has opened up on how a heartbreak almost drove her to an early grave.

The mother of one while speaking on Engage Talk said her ex-boyfriend, whom she loved dumped her after five years in the relationship.

Mandy was she was 17 and her boyfriend was 19 years old.

Mandy said she had hoped that he was her forever man since they had known each other well and she was in love.

Unfortunately, the boyfriend dumped her saying he was done.

"We were in so much love, and it was going on well," Mandy said.

"Five years down the line, I thought that love was meant to be, and there was no going back. But in the fifth year, he told me, ‘this is a lot. I am done, and I don’t want to be part of this."

Mandy added that left her crushed and heartbroken.

"To be honest, it was over before this moment, but because I was so in love with the idea of being in a forever relationship, I did not want to see it.

It crushed me big time and sent me into various emotions and pain. Pain that was so physically hard. I thought that it was going to kill me."

During the interview, Mandy recounted the struggles of growing up with an abusive father.

She recalled a tragic experience that occurred on one of her birthdays when he caused a commotion.

"As the evening was going on, my father decided to come. He showed up at our new house, where we had moved a few months prior to this day," she said.

Mandy added that unfortunately, his arrival came with a bit of commotion and altercation with her mother.

"It wasn’t the first time because he had been verbally and physically abusive to my mother for as long as I could remember. But this time, it was heavy to a point that the whole neighbourhood came to a standstill. I felt that this time the abuse was against me."

When her mum completely separated from her dad, she got married to another man something that made her life even harder. She at some point got into depression.

"The new man tried to charm me and my sisters, but it didn’t work. That was a hard moment."

Why Polycarp Otieno cooks for his wife most of the time

Polycarp is a fantastic cook and he enjoys doing it.
Entertainment
4 months ago

Conversations with my friends also proved that most of us don’t know the full story of how our parents met. - Fancy Fingers.
Entertainment
8 months ago