Celebrity crush? Avril opens up on her love for Nyashinski

'I love Nyashinski,' Avril opens up

•The chokoza singer says that she and Nyashinski have built a tight bond and that she loves and admires the rapper for how far he has come. 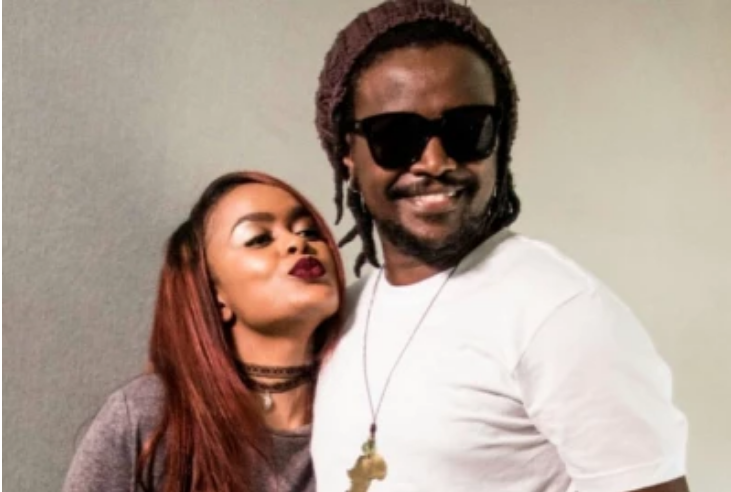 A file photo of Avril and Nyashinski together
Image: courtesy

Speaking to Citizen Digital, the chokoza singer says that she and Nyashinski have built a tight bond and that she loves and admires the rapper for how far he has come.

But would she say that Nyashinski is her celebrity crush? “I don't want to say that I have a crush on him but I love Nyashinski in terms of his content, his demeanor,” said Avril.

“He is a cool guy and he happens to be someone that I know personally so I just like his vibe and his music, everything about him awesome.”

An ambitious Avril also revealed that her goal and vision is to work with the legendary Beyoncé someday, a desire which got her dreaming of the two songbirds performing together.

“I'd love to work with Beyoncé, I've actually dreamt working with Beyoncé…like I literally had a dream of her calling me up on stage,” she said.

Recently, Avril was trending after her latest single 'Danger' performed poorly on YouTube with netizens blaming her for poor marketing skills.

Speaking in an interview with Mungai Eve, the 36-year-old beauty defended herself and refuted claims that she has been inconsistent in releasing music.

Avril also defended herself from netizens' claims that her song did poorly on YouTube because of poor marketing and communication skills.

She says that it is a known fact that people only celebrate people when they are dead and gone.

"People only like to celebrate others when they are dead. My songs will trend when I die. If I were to die today (God forbid), the songs would trend. We saw that with the late Mwai Kibaki, even those who didn't like him in his life, we're praising him when he was dead," she said.

Asked how she felt when people compared her views to other artists, Avril said, "I am a human being of course.  So you feel bad for some time. I choose not to take it personally."

Avril reveals she never thought she would ever do an Album

"I did not do it because the industry asked me to, I did it because I wanted to. That is what my heart wanted," - Avril.
Entertainment
1 month ago