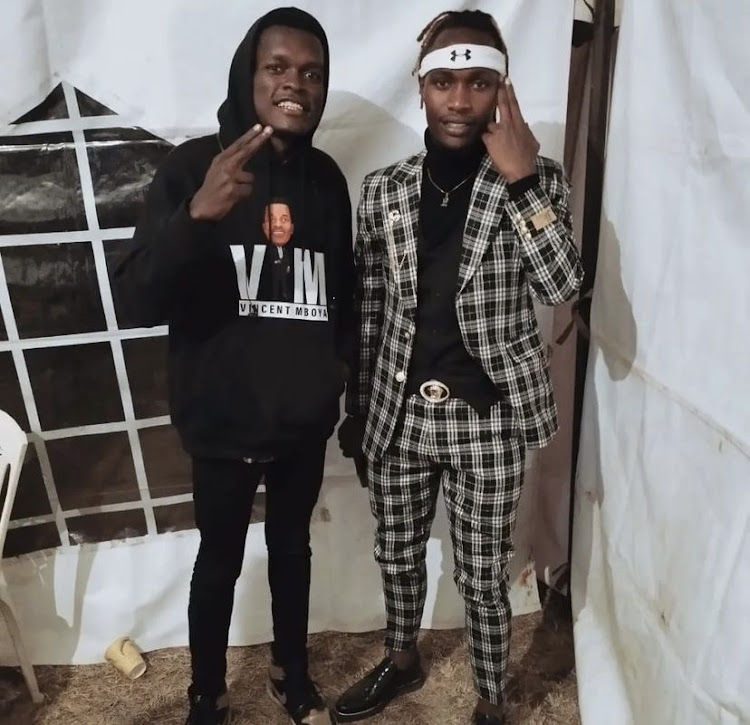 Vincent Mboya or 18k guy as some people refer to him is a 22-year-old self-proclaimed entertainment critic.

The young man came into the limelight after an altercation he had with comedian turned politician Jalang'o. He had reached out to Jalang'o to help him financially as he had rent arrears and was almost getting kicked out of his house.

Jalang'o sent him 18 thousand for his rent which Mboya later returned (then begged Kenyans to contribute to him) claiming that Jalang'o had not been nice to him.

Well, the self-proclaimed critic decided to share some words of advice with Kenya's sensational dancer, Moya David whose Tiktok videos gave him a lot of fame.

Mboya took to his Instagram stories to call out Moya for still using the same song and dance moves that brought him fame. He insisted that it was high time, for the sake of his growth, that Moya changed the song as he had overused it.

He tried to soften the landing of his words that were set to critic the dancer by calling him his brother and insisting he was just looking out for him, "Moya David, we are brothers and brothers correct each other!!! You came into the lime surprising ladies which was a good idea."

He then went on to add, "and you decided to use Mi Amor song which also was good. But you have now overused the song! You can pick another pure Kenyan song and continue surprising ladies. Not when a Kenyan artist asks you to dance their song you want to be paid."

Not only did he criticize him for 'overusing' one song, but he also touched on his dances. "Another thing if you are a true dancer kindly come up with different dance moves, not the ones you're using now. I want to see you grow brother. Be like Azziad after 'Utawezana' song she moved on." he continued.

One of the suggestions of hit Kenyan songs that Mboya gave was 'Toto' by Willi Paul, asking his followers, "imagine Moya David using this song, is it amazing."

He had linked the audio of the song to a previous surprise video that Moya had done.

David would bump into a woman on the street, dance for her and gift her a flower.
Entertainment
3 months ago

Vincent Mboya says his importance in Jalang'o's life cannot be understated. The Kenyan who rose to fame for returning 18K given to him by Jalang'o, ...
Entertainment
4 months ago
WATCH: For the latest videos on entertainment stories