• Sabrina is the International Fund for Agricultural Development (IFAD) Goodwill Ambassador.
• Idris Elba's wife will be interacting with Embu county farmers, to talk about climate change. 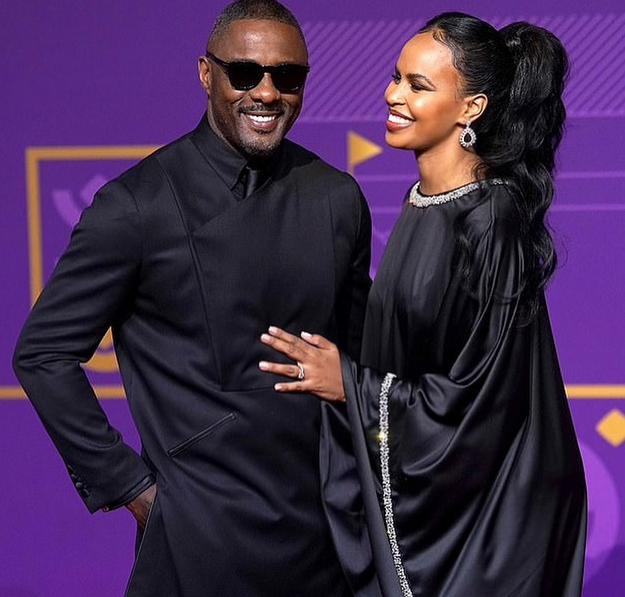 Idris Elba's beautiful wife, Sabrina Dhowre Elba seems to be having a great time during her stay in Kenya.

Sabrina who is in the country for a field visit with farmers in Embu County was welcomed with songs and dance by the locals before she was serenaded with the popular Firirinda dance.

Sabrina who is the International Fund for Agricultural Development (IFAD) Goodwill Ambassador, was all smiles as she showed her appreciation to her hosts.

Sabrina Dhowre Elba was appointed UN Goodwill Ambassador for IFAD in April 2020 and revealed she will be interacting with Embu county farmers, to talk about climate change and how it affects them.

Describing Kenya as her second home, Sabrina recently said that the adverse effects of climate change experienced by farmers is a topic that should be dealt with so that farmers do not suffer a major effect.

"We spent the day on the field with primary in beautiful Kenya which is my second home. It's been really enlightening to see what I have always believed in that the rural community in nations and in continents like Africa work really hard if not harder than everywhere else," she said.

She further revealed that she had already had a conversation about how farmers protect their crops from climate changes.

"Myself as a Canadian I see the effects of the effect climate change but am hearing from the farmers here how they wield their crops and I hope the government will also have a say in that."

Sabrina's love for Kenya is well known given that she has visited before. The first time she visited Kenya was In 2021 when she spent some time with her family in Kilifi.

Sharing photos of the beautiful Kilifi scenery, Sabrina gushed over how beautiful Kenya and Africa is as a whole.

My second home! Idris Elba's wife is in Kenya for a field visit

'Us Weekly' reports that Idris Elba may be shifting away from his successful acting career to focus on his musical pursuits. Elba has played DJ sets ...
Entertainment
3 months ago
WATCH: For the latest videos on entertainment stories