Jacque says that true friends are very few and rare to find.

• Jacque Maribe says real friends can not fit into a 14 seater Matatu.

• "Learn who to call your friend. Fun times and lets sherehe are not." - Maribe 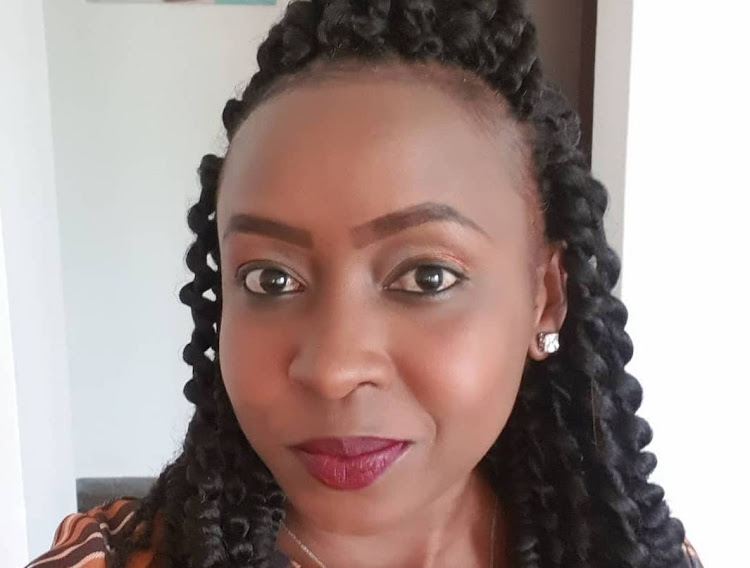 Media personality Jacque Maribe advises that not everyone you call a friend is really your friend.

In a social media post, Jacque says that true friends are very few and rare to find. She added a disclaimer that her message has no cryptic meaning.

The ex-journalist wrote the message accompanying a post that read;

"In the end, we will remember not the words of our enemies but the silence of our friends." 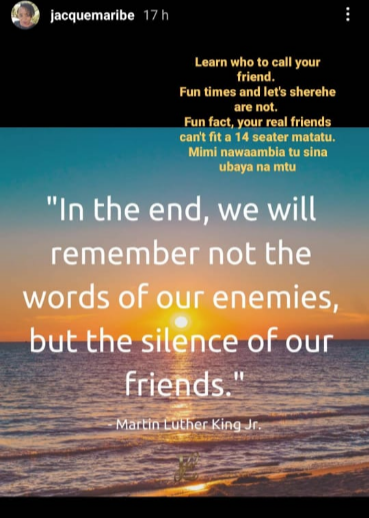 Even though she puts a disclaimer that the message is not aimed at anyone, Jacque is on the record for calling out friends who abandoned her at her hour of need.

In a past interview with True Love, the mother of one said many of her friends dissasociated with her after she was implicated in the murder of businesswoman Monica Kimani.

"People I thought I was very close to. I even heard that some did public statements, disassociating themselves from me. People we were seen on holiday with. Being told we're squad goals and things like that.

"I will be very honest with you, I have like two female friends to date who stood by me from the beginning," Maribe told the publication.

Years on, the Monica Kimani murder case is still ongoing, and Jacque together with her ex-fiance Jowie Irungu have been appearing for the court proceedings.

On Monday, a court session was held where Monica, Jacque and Jowie's phone records were revealed.

Monica’s line was in communication with that of Jowie on September 1.
Crime
2 weeks ago

"When she passed on, she was in the house, with the kids alone. I had gone jogging at Ololua forest, my kids called me in a panic..." Terryanne Chebet
Exclusives
2 months ago
WATCH: For the latest videos on entertainment stories