Terence Creative and Milly Chebby speak about having a white wedding

Milly Chebby says having kids is a very personal journey.

• Milly Chebby also addressed the pressure by fans to have another baby, saying having kids is a very personal journey. 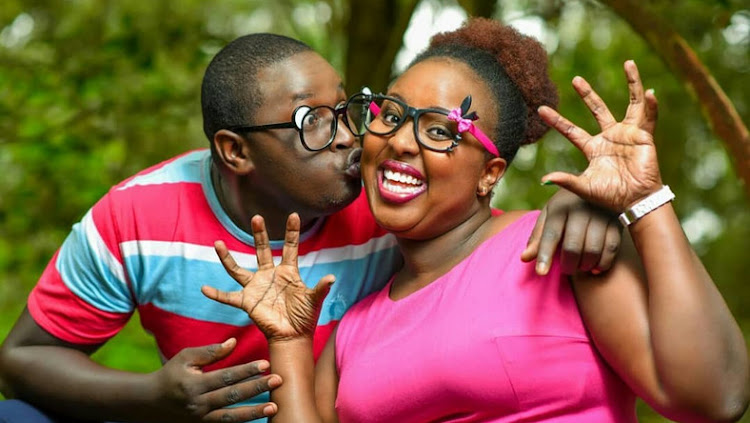 Content creators Terence Creative and his wife Milly Chebby are still celebrating their 10 years as a couple.

The two had a Q and A session on Milly Chebby's YouTube Channel where they answered a few questions asked by their fans.

One of the questions was about when they were going to hold a white wedding.

The couple said they chose to do major things first.

However, Chebby said her husband Terence had paid for her dowry.

"We started by getting our parents homes which we did for both grandmas land then my mum then our home which is in the process.

"After that the next things will come. Imagine coming from honeymoon and go direct to my house? I am not in a rush but I admire that," Milly Chebby said.

Terence said the fulfilment of doing what he loves makes him happy. He advised his fans to marry when ready and mature.

"Have priorities right and be open about your finances. Marry when you are mature and ready. I would never advise anyone to get married below 22 years. I got my first child at 21 years and it has been very challenging," he said.

Asked if they ever feel not appreciated by the other, Terence said it is okay once in a while to feel like when you are corrected you are not appreciated.

Milly said it's so good to be in a peaceful marriage.

Speaking about friends, Terence said in their journey they have made friends and cut some along the way.

"We realized not everyone will embrace your visions and friendship is all about praying for each other, being happy for my success and many other virtues," he said.

Chebby said she is a queen of dropping fake friends. "When am your friend, I am very loyal but when  feel we are not on the same goals, I cut you off."

Milly Chebby also addressed the pressure by fans to have another baby, saying having kids is a very personal journey.

"For me it took time to recover from my first experience, I had a miscarriage and my baby's pregnancy was such a rough journey and then I got my baby(Milla) and she got sick. For the last three years I have been recovering from so much. From postpartum, cracked nipples,"she said.

She told her fans when the right time comes, she will get another baby.

Terence Creative said he will dedicate his birthday to all who have gone through hardships in life.
Entertainment
2 weeks ago