Never before seen photos of a pregnant Betty Kyallo emerge

• Betty Kyallo revealed that she used to crave chipo mwetu while she was pregnant. 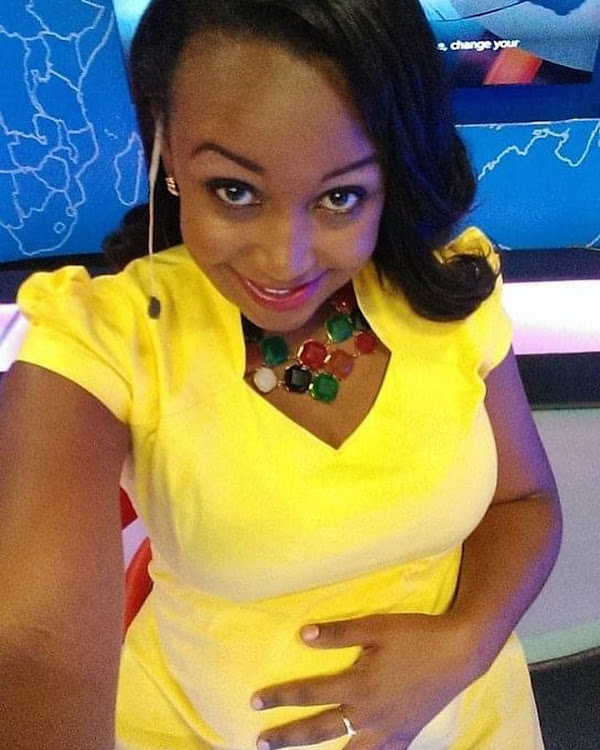 Betty Kyallo when she was pregnant a few years ago
Image: Betty Kyallo

Today afternoon, Betty Kyallo decided to use this auspicious Mother's Day to reveal some glorious never before seen images of herself when she was pregnant.

The former TV anchor and journalist released a series of cute images on her Instagram page showing her when she was still pregnant with her daughter, Ivanna.

In one photo, we see Betty hanging out with Ivanna who was still a toddler at the time. Other photos show the popular entrepreneur hanging out with her now much older daughter Ivanna as they smile at each other.

The interesting caption for her post read in part,

"'Never seen before images of a pregnant young Betty Kyallo.' 😊 (just saying it because the blogs are gonna say it that way🤷🏽‍♀️)"

{Which I will no doubt do for this story, BTW}

She added that her pregnancy journey was a wonderful one for her and that she used to crave roadside fries and the popular Amigos corn snack.

Check out all the images below;

Yesterday, Betty had made sure to note how important the role of being a mother was to her, saying that it was the best title in her repertoire. She wrote,

"Best title I have is Mum and especially to this wonderful sunshine of mine @ivannatheentertainer Happy Mother's Day to all mums whether their babies are here, on their way or in heaven. ❤️❤️❤️❤️❤️❤️❤️"

Betty made sure she also celebrated her own mom, Julia Ngii, saying that she had done a great job raising her and her sisters.

"I love you mum. You have raised impeccable women. I salute you today and always. May God grant you joy of life and abundant blessings," she lovingly scribbled.

“There are security measures, unfortunately, she hadn’t put before that made it easier for the hackers to come through. " - Dadie Marto
Entertainment
4 weeks ago

Gathy passed away on April 14, 2022. The cause of her death has not been made public.
Entertainment
1 month ago
WATCH: For the latest videos on entertainment stories