Gidi was left shocked after an experience with an Uber driver

• Gidi complained to fans on his Facebook about an experience he had had with a certain cantankerous Uber driver.

• Gidi said the driver told him to buy his own car if her couldn't tell him where he was going. 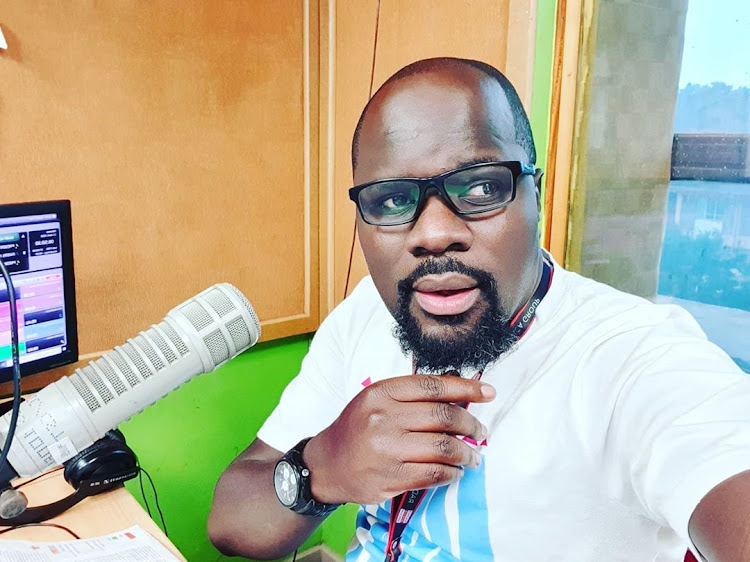 Radio Jambo morning host, Joe Gidi had a horrible experience this week with a certain driver that made the former singer even speak out about it.

Using his Facebook page, Gidi related that an Uber driver had answered him in a rude manner after Gidi's refusal to tell him where he would be going on the trip.

The driver took his refusal to cooperate badly and told Gidi to buy his own car if he couldn't tell him where he was going.

As a result of this experience, the popular radio show host asked fans for their opinion on whether it was a requirement for an Uber driver to call and find out where someone was going?

Although fans and followers instantly commiserated with him over the rude response, others explained the rationale of why a driver would ask for a passenger's route.

Check out some of those responses below;

Joshua Odhiambo Nyamori It's actually against Uber rules. It is the company's way of ensuring drivers don't discriminate against certain category of clients.d

Nyaboke Ondieki I think the App should be fair to them and let them know where the client is going. For instance where I live it is hard to get a return trip after some hours, in other areas they have expressed security concerns. Therefore I always volunteer the information.

Billy Singh They have a right to know where he is heading to. Whether to refuel etc

Jos Uncolonized And what the problem with that if you are a genuine rider,,,,and for those who are saying it's against Uber rules,,why would I go to a place I will not be comfortable with,,,

Lorna Kiyayi The app doesn't show them your destination

Lisa Mwangi Maina There is no problem in asking...just answer. Some places are a no go zone to some people and they ,like everyone else,have their reasons. Tuishi vyema pamoja.

Olga Bosibori I think they also ask that to see if they want to head into that direction.. e.g.. maybe he stays in Rongai, but currently Ako tao, he will opt to take a ride ya Langata road, Karen etc, towards his home.. wengine ni ujeuri tu

Gidi told fans and friends who were taught by his mum that they will hold a thanksgiving prayer event for her at home.
Entertainment
5 months ago
WATCH: For the latest videos on entertainment stories