I thought I would never be a mother-Amani confesses

• Amani revealed that she feared she would never become a mother.

• Amani thanked God for giving her a baby and told her fans that they should also put their trust in him. 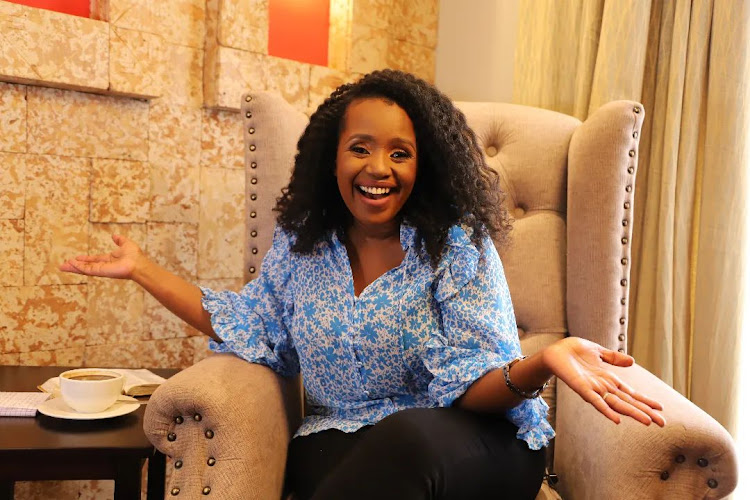 Veteran musician Cecilia Wairimu alias Amani has given more details about her tough struggle to conceive.

Using her Instagram page, the 'Ninanoki' singer used the Mother's Day celebrations to speak to her fans about her tough journey to get a baby.

Amani who is now a mother of a two-year-old told her fans how it had been a tough journey but that God had heard her prayers.

She advised those struggling to ‘trust God’ and also spoke on the fear she once had that she would never become a mom.

"Happy Mothers' day to all the mothers …Once upon a time I thought I would never be mum…but God…Yahweh made it happen… God is not a respecter of persons. What he can do for one, he can do for another. For those trusting God for the fruit of the womb, he is still performing miracles. He will do it for you, keep believing. Yahweh is a good God."

She also took the opportunity to celebrate her own mother saying,

"Today I also celebrate my mum, my mentor, my spiritual mum, my friend, and so many other things. Mama I appreciate you, I love you."

Amani had miscarried back in 2019, something she reveled in the past, saying,

‘When I took this picture last year, I was pregnant but lost it. It hurt but, at that moment, I chose not to grumble or murmur or get angry. Though disappointed, I chose not to give up and lose faith,’ she said in part.

But God was good to her and after 10 months of trying to conceive, she got pregnant.

"I had conceived after failing to conceive for a while. So, I realized that my season had come and it was just a matter of time. I thanked God in advance and the following month I conceived again and this time the pregnancy was sustained."

Amani has still never revealed the gender or image of the baby.

With More Than 10 Years in the Game, Amani Still Got it (Photos)

With More Than 10 Years in the Game, Amani Still Got it (Photos)
Entertainment
7 years ago
WATCH: For the latest videos on entertainment stories