Gidi Kocha loses his newborn twins, a boy and a girl

• Tiff Kocha is an actress, event decorated, scriptwriter and a voice-over artist. 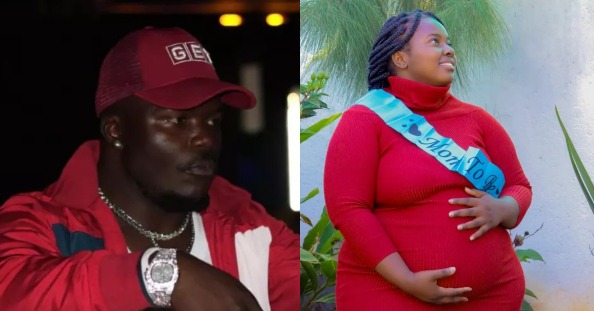 Gidi Kocha and his wife Tiff Kocha have lost their new born twins, a boy and a girl
Image: Instagram

Kenyan artist Gidi Kocha is in mourning after he and his wife lost their newborn twins.

Hunky as he is known by his fans to share the heartbreaking news of the demise of his son and daughter.

"We welcomed them but we didn't have enough time with them. Myre and Kozhye are safe with the angels."

Taking to her social media Tiff Kocha the mother of the twins thanked God for letting her set her eyes on them and for the time they spent together.

"It saddens me but I have accepted that on 5/4/2022 the twins are no more. Social media in-laws, please pray for us."

Gidi had earlier taken his social media to share a photo of his wife during a baby shower event.

Sharing the photo he captioned, "This is hard because success is easier to stare at. People tend to avoid asking friends who were just fired rude questions; we're hesitant to interrogate divorced colleagues about what precisely went wrong.

But calibrating your base rate requires learning from both the accomplished and the humbled, time will tell (new mom in town)."

In April 2022 celebrated footballer Christiano Ronaldo lost one of his twins.

The couple announced the news to millions of their followers via their social media.

In 2013 Akothee miscarried twins during a trip to Switzerland. She also lost her firstborn child to pneumonia.

Our condolences to Tiff Kocha and Gidi Kocha for their loss, may God give them strength during this difficult time.

A post shared by Gidi kocha (Hunky) (@itsgidikocha)
WATCH: For the latest videos on entertainment stories