Man confesses his wife left him and married a 'rich' guy, but he took her back

Geoffrey believed his wife left because he was broke

• He says his marital woes began after he lost his job, with his wife deciding to walk away.

• "I believe the financial hardships were the main reasons she left...she got another man who had some financial stability." - Geoffrey 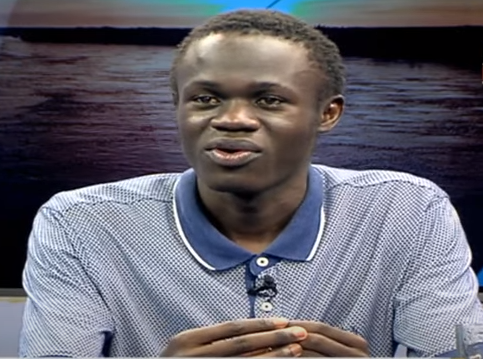 A Sexual Reproductive Health Advocate named Geoffrey Juma has caught the attention of netizens after opening up on his marital experience.

Speaking on NTV's your World show, Geoffrey said he got married at a young age and became a father at the age of 20.

He had to drop out of the University and hustle for his young family.

He says his marital woes began after he lost his job, with his wife deciding to walk away. She disappeared with the child and left him alone.

"One year down the line you are living good...everything seems to be OK. The problem started when I lost my job. My wife did not have any source of income, we started experiencing hardships. My wife tried so hard to stay in the relationship but decided to walk away," he said.

"I had never told my mum I have a child. My family knew i am in school studying, approaching them was difficult. I never wanted to talk about it. I needed to do something to get them back."

Geoffrey says he started thinking of ways to find a source of income as he believed it is the main reason his wife left and settled with a stable man.

"I believe the financial hardships were the main reasons she left, I could not share with anyone other than my friends. I consulted my friends and the told me to move on.

She got another man who had some financial stability. I tried to fight to have her back but she was gone," Geoffrey said.

He later shared his story with his mum who was understanding and decided to initiate a dialogue between him and his baby mama.

"My mum approached her on a phone call and she said she walked away because of my actions and not financial providence. I understood that marriage is not only about providing but being there for the family. I had to hustle and bring her back."

After the talks, and when Geoffrey had found a source of income, the couple reunited and is now living together.

"Right now my marriage is good, I am very happy to wake up in the morning to see my wife and my daughter," he said.

'Apology should be loud as the disrespect,' says Amira

Now, Sarah Kabu has changed tune, and wants back her marriage complete with the baggage of the two baby mamas and 10-years of unresolved drama.
Entertainment
1 month ago
WATCH: For the latest videos on entertainment stories