•Aidah Alisha and her ex-husband tied the knot in 2013.

• Olive as she is fondly known got married at 21, her now ex-husband was aged 28. 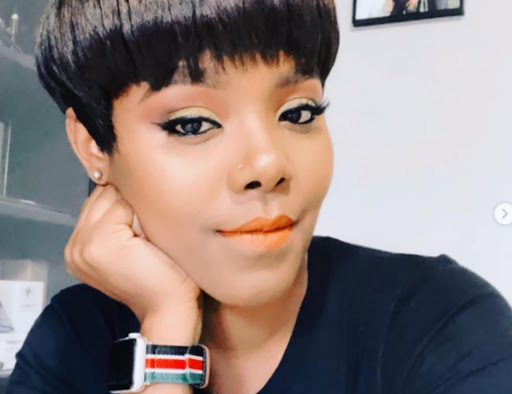 Mother-in-Law actress Idah Alisha alias Olive has thanked Kate Actress and her husband Phil Karanja for housing her after her marriage failed.

Idah says the couple was kind to her even though she had not invited Kate to her wedding.

This she revealed during an interview with Lynn Ngugi.

"Kate stayed with me for 4 months. She was also not in my wedding lineup because my then-husband did not want me to have friends who would enlighten me. I never realized I no longer had friends, his friends were my friends," she revealed during an interview with Lynn Ngugi.

Ida recalled an incident where her husband stalked her and her friends during a trip to Naivasha.

"We once went to a camp in Naivasha and he followed us. I spotted his car at the gate and I froze, at the time I had not told my friends in detail what had happened between us. So I told them I did not want to talk to him.Judy and Kate Tried to convince me to no avail."

The actress refused to see her then-husband and turned down his gifts and that only made him angrier.

"He brought me chocolate, flowers and a teddy bear. But I refused to take them. He waited for 2 hours."

Ida thanked Mercy Njoki, Judy Nyawira, Jackie Matubia and other friends for supporting her when she had hit rock bottom.

Kate Actress took to her social media to congratulate Aidah for opening up about her struggles.

Okay strap up little girl because your life is no longer yours ." My mother's words when I joined mother in law cast 12yrs ago. Mom, I understand you now. @idah_alisha it's taken you years to tell this story, I am extremely proud of you," she said.

Kate went on to condemn violence in marriages and relationships.

"Physical, emotional, and financial abuse ( yes it exists ) is at an all-time high. Women and men are going through it. My humble request is, let's not be too quick to judge. Extend grace... No one is perfect. Kabura I love you."

Idah Alisha left the country and relocated to the US after her husband started stalking her.
Entertainment
2 weeks ago

Aidah Alisha left the marriage after her abuse became too much.
Entertainment
2 weeks ago
WATCH: For the latest videos on entertainment stories