Kate Actress praised Alisha for being courageous to share her story

• Actress Ida Alisha, 21, met her ex abusive husband in church who was a youth pastor by then.

• The pastor who presided over their wedding supported the abusive husband 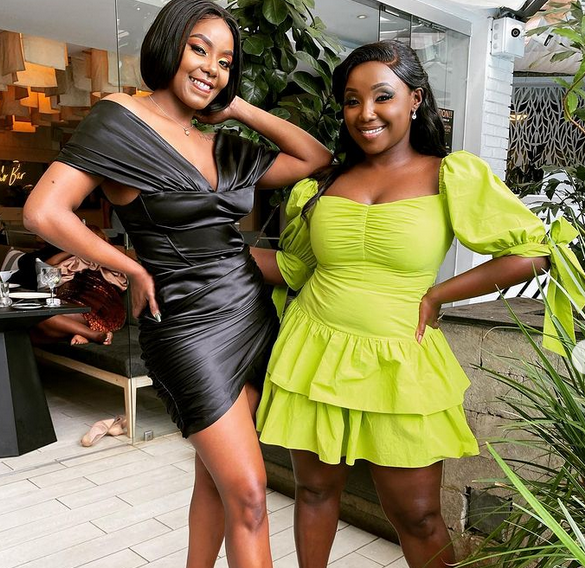 Former Mother-in-law actress Ida Alisha, popularly known for her role as Olive has shared her story  of being in an abusive relationship.

Ida got married in 2013 in a colourful wedding but two years later, she took to social media to auction her gown before leaving for the US in 2016.

She had met him in church, and during the first year in marriage, she said he was a great person.

"The first time he slapped me I was like it must be this mouth (she said while pointing at her mouth). I must have said something reckless that made him angry and we make excuses like he doesn’t act like that. he said sorry and we moved on. I never told anyone especially because my life was in the limelight."

The pastor who presided over their wedding supported the abusive husband saying it was right for him to hit her.

"There is pressure from the church for people to get married. The guy was 28 and I was 21, I did not know much and I was at the peak of my career. One day our pastor called us and he said, if you provoke him, he has all the rights to hit you..." she said.

The story went viral, touching many on social media.

Alisha's best friend Kate Actress praised her for being courageous to walk out of the abusive marriage.

Kate then asked people to never judge a person who decide to leave their marriage.

"Going through life's challenges as a public figure should honestly be in the 1000 ways to die. "Wanjugu this is the career you have chosen?

Okay strap up little girl because your life is no longer yours ." My mother's words when I joined mother in law cast 12yrs ago. Mom, I understand you now. @idah_alisha it's taken you years to tell this story, I am extremely proud of you," she said.

Kate went on to condemn violence in marriages and relationships.

"Physical, emotional, and FINANCIAL abuse ( yes it exists ) is at an all-time high. Women and men are going through it .My humble request is, let's not be too quick to judge. Extend grace... No one is PERFECT. Kabura I love you."

Alisha thanked Kate for walking with her and supporting her.

"Words fail me! Truly I came to understand the true meaning of friendship through you! Nakupenda sana @kate_actress I thank God for you daily! Yani this has been such a journey and every time I looked behind me you were right there!"

Idah Alisha left the country and relocated to the US after her husband started stalking her.
Entertainment
2 weeks ago

Aidah Alisha left the marriage after her abuse became too much.
Entertainment
2 weeks ago