Wamuratha has promised to do better in the near future.

• Wamuratha has expressed regret for throwing cake at Kiambu residents in an event that she says happened last year.

• She promises to create opportunities for the people of Kiambu and serve them diligently as their Woman Representative. 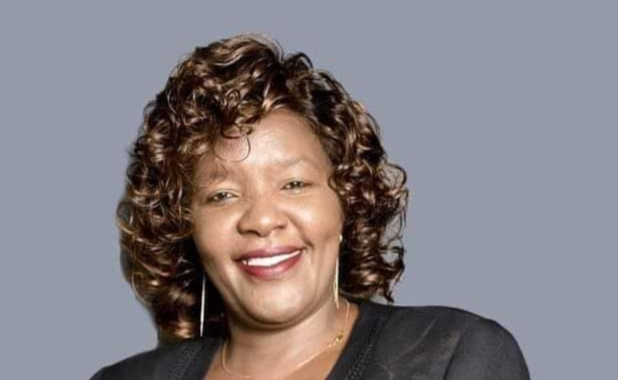 Kiambu Woman Rep aspirant Anne Wamuratha has apologized to the public after a video of her throwing pieces of cake at a crowd went viral.

In the video, Wamuratha was seen throwing pieces of cake to a crowd that was at a stadium in Ruiru.

Now, Wamuratha has expressed regret on the incident that she says happened last year.

She asked her fans to forgive her and promised to do better in the near future.

She promises to create opportunities for the people of Kiambu and serve them diligently as their Woman Representative when elected for the position come elections in August.

"I wish to confirm that I am the one captured in the Viral video throwing pieces of cake to a group of people who had gathered at the Ruiru Stadium for an event on November 7th, 2021.

I was the cake matron of the day and erred in crowd control and appropriately sharing the cake," she wrote.

"I deeply, and sincerely, apologize for the action and ask the people to forgive me. If I would turn back the clock, I would distribute the cake differently. I am a mother and a wife determined to bake a larger cake of opportunities for the people of Kiambu and serve them diligently as their woman representative.

Once again, I sincerely apologise and accept my mistake, it will never happen again. Yours truly, Anne Wamuratha," she wrote in a statement.

Before the cake incident, Wamuratha had caused an uproar after an interview with Inooro where she said that most Kiambu citizens are 'mentally challenged'.

She clarified the statement saying that those who suffer mental health challenges are not mad as some people may have interpreted her comment during a media interview.

She added that the rising cases of mental illness- manifested by an increase in suicide and murder cases - were not just in Kiambu but in the whole country.

"If you give me the opportunity to serve as the Woman Representative, I will build centers in several sub-counties where residents will visit qualified counselors to tackle the mental health menace."

Wamuratha will be be competing against gospel artiste Loise Kim.
Politics
2 weeks ago

Wakavinye asked Njugush to give her some pieces of the national cake.
Politics
2 weeks ago