• She is thankful to Kate Actress and her husband Phil for hosting her when her marriage failed. 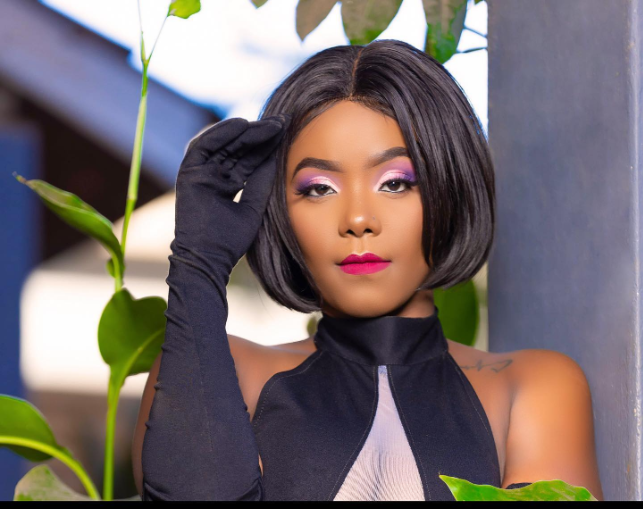 Mother-In-Law actress Idah Alisha has painted the graphic image of the horror she went through at the hands of her abusive ex-husband.

In a conversation with Lynn Ngugi, the actress shared the days of torture that started with a slap.

"One day I asked him where he had been and he slapped me so hard. That was the beginning of the abuse. I called my best maid and asked her if I was a bad person? I started blaming myself for provoking him. I prayed and fasted so that he does not beat me again."

"On a different day, he beat me up because a male fan had said hi to me while in town, a man who I did not even know.He beat me and told me 'nimeanza umalaya'."

Aisha says the man even abused her in front of her friends.

"There is a day my two girlfriends and I had gone out. Immediately we got to the venue he called us back. On getting home he beat me in front of my friends, but that day I fought back."

Alisha says she kept hoping he would change, she also did not want to worry her mum so she did not tell her about the abuse.

"My mum did not know for the longest time, I was working it out the best way I knew how. He would beat me and choke me using his knees.

The abuse continued but only my maid of honor and his husband knew. I was beaten, I would get unconscious wake up, and continue being beaten.

He never beat me on the face so that people could not notice. That man used to undress me and s@xually abuse me, that was the kind of man I was married to. People ask how someone can be raped in marriage. He would stalk me."

Alisha says on the day she left her marriage God came through for her at the 11th hour.

"Before I left I went and slept in another room. He had taken my phone away. I had one wristwatch I told God I want to be in town by a certain time so I asked him to wake me up.

In the morning I had three taps and thought it was my husband. I hoped he would just leave. Luckily for me, the door was not locked so I managed to escape. I left that house with my handbag and my work files."

"I have never gone back to that house. I left everything. I was ready to start again. He would come and spend the entire day at my mum's door."

Alisha is still overcoming the trauma and hope to one day be at a good place mentally.

If You Liked The Show, Sorry! Olive Mwamba Of Mother-In-Law Is No More

If You Liked The Show, Sorry! Olive Mwamba Of Mother-In-Law Is No More
Lifestyle
6 years ago

MAFISI WILL CRY! Mother-in-Law Actress Olive Is Engaged (PHOTOS)
Lifestyle
4 years ago
WATCH: For the latest videos on entertainment stories