Elsa found a soft spot in the hearts of South Africans

• Rejected in Kenya, and accepted in South Africa, Elsa Majimbo has finally found a home in the United States of America.

• Her comical skits won her a spot at Dr King'ori's Wicked Edition show. There, Elsa made a controversial comment on her worth as a woman and the kind of man she would marry. 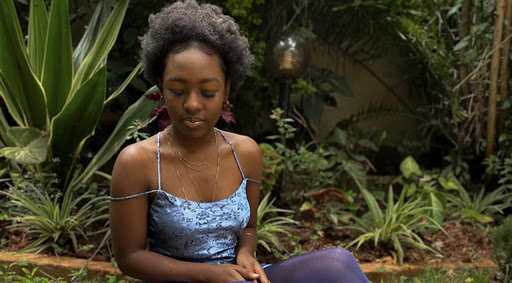 A prophet who was not accepted in her own land; is how I would described Kenyan-born comedian Elsa Majimbo.

Rejected in Kenya, and accepted in South Africa, Elsa has finally found a home in the United States of America.

In 2020, the comedian started making short comical videos from the comfort of her bed.

What was unique was the potato crips that Elsa would bite after cracking a joke and the sunglasses she would wear.

Her comical skits won her a spot at Dr King'ori's Wicked Edition show. There, Elsa made a controversial comment on her worth as a woman and the kind of man she would marry.

“I just wanna make things clear. I have a type (of partner) and my type is rich. You know? (laughs). What I expect is that someone who is broke or someone who doesn’t have money shouldn’t approach me. I tell you what to expect.

“First of all, my dowry is $4 million. If you are unable to afford that… (laughs)… I cannot even consider,” she said.

This comment left a bad taste in the mouths of a number of Kenyans, and unexpectedly propelled Elsa Majimbo's popularity in the country.

Being 19 years old then, Elsa found a soft spot in the hearts of South Africans, who fell in love with her jokes.

She was nominated in the E! People's choice award, where South African nationals overwhelmingly voted for her.

Early 2021, Elsa's skits got the attention of Beyonce, who sent her a pack of Goodies from Ivy Park.

This was followed by a letter from Rihanna that read;

"You a baddie and you know it. And your reel was fire!!' and signed it off as 'Your childhood friend.'"

She then bagged a deal with high end fashion brand 'Valentino' and was featured by international media platforms such as The Guardian, New York Times, CNN, BBC, and recently Forbes.

Shortly after, Elsa moved out of Kenya, citing cyber bullying and colour discrimination as the reason why she left her motherland.

“I have a very bad relationship with Nairobi. I think I have faced a lot of bullying there. [While growing up], it seemed like everyone in the city was against me. So, I have a home in South Africa, and I am really glad I do. I feel safe there; Kenya is not that place,” Elsa said in an interview with Saudi Arabian  content creator Anas Bukhash.

Elsa would then be invited in the Met Gala commentary at the end of 2021.

2022 started on a higher note for Elsa, who was adopted as Steve Harvey's niece.

What followed was a feature in the 'Admire her' song by American rapper Bas featuring Gunna.

Now, Elsa is about to release a film on her life story that is tittled 'Elsa'.

Elsa said she is a star.
Entertainment
2 months ago

Socialite Huddah Monroe has weighed in on the responses towards Elsa saying that she has also suffered the social media wrath.
Entertainment
3 months ago