The third anniversary of Tecra's death is today 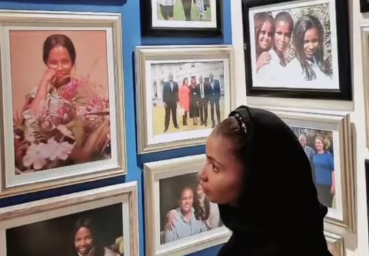 Keroche heiress, Anerlisa Muigai, has paid tribute to her late sister Tecra who died on May 2, 2020.

The family learned of her death three years ago, today. She had been admitted to Nairobi Hospital after being airlifted from Lamu where she had fallen down the stairs at a posh apartment in Lamu, Jaha House in Shela.

During an inquest into the death of the Keroche heiress, a doctor told the court that the injuries were from a high-impact force.

Based on the doctor's testimony, one can piece together Tecra's last moments.

Doctor Barack Mubarak testified before Milimani principal magistrate Zainab Abdul that from his assessment, the injuries could not have been sustained from a fall from a staircase.

“There was a cut on her head, which is not a normal fall. Such an injury is likely caused by an object with an external force,” he said.

The doctor, who attended Tecra at King Fahad Hospital in Lamu, said her left temporal bone fractured, extending all the way to the back.

The temporal bone is largely responsible for creating and preserving both conscious and long-term memory.

He also said Tecra was conscious but not able to communicate before she left Lamu Hospital for Nairobi for further treatment.

Even though the patient had been brought in unconscious after treatment, she could go to the toilet and back without assistance.

Mubarak said he received a CT scan report at 5 pm on April 23 and realised that he was dealing with a serious case.

Today, Anerlisa shared a family shrine for the remembrance of her sister.

Speaking to Mpasho, a while back, Anerlisa termed her sister's death as the toughest thing she has ever gone through.

She said, "Every memory with her sister, Tecra," accounts for all the fond memories she shared with her late sister.

The two were really close before the untimely death. In a previous post in the past, Anerlisa reminisced about her sister's reading habits, writing, "Can you imagine my sister read all these books? She was so Smart. Nobody was as smart as her in the Family. To Genius.”

The CEO of Nero company intimated to Mpasho that if she could set her eyes on her sister Tecra Muigai, she would tell her, "I love and miss her very much."

Anerlisa shared the photos that she last took of her sister before her death.

She marked the anniversary by posting the date followed by a heartbreak emoji.

Check out her tribute below.