• Rue Baby is proving to be having the 'balls' of her mother Akothee who replicates bad vibes with bad vibes too.

• While waiting for the person to make an order or inquiry about Rue Collection, they asked whether Rue Baby was a sugar mummy. 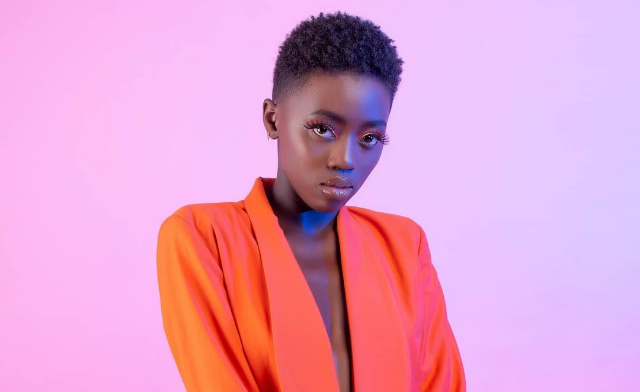 Model Rue Baby, who is the daughter of singer Akothee has decided to confirm what one of her fans thinks about her.

The model who runs the Rue Collection business received a strange message from someone.

While waiting for the person to make an order or inquiry about Rue Collection, they asked whether Rue Baby was a sugar mummy.

Cunningly responding to the question, Rue confirmed to the person that indeed she was a sugar mummy.

Taking to her social media, Rue shared a screenshot of the conversation, saying that she chose to replicate the stupidity with a stupid answer too.

"The things I go through, some people just deserve stupid answers." 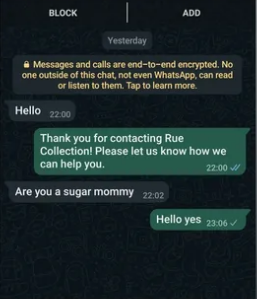 Rue Baby is proving to be having the 'balls' of her mother Akothee who replicates bad vibes with bad vibes too.

Where she can not go ham at the mean questions and comments, Rue decides to be all cheeky with them.

Most of the time, Rue has been facing online trolls who mock her for being 'skinny' with others criticising her small bosom.

Last year, Rue opened up on how the bullying gets into her skin sometimes when the cancelling becomes too much.

“I get this a lot I want to be like you Rue. But no one has an idea of how it is being me or in my shoes. Trust me you don't want to be me.

The social media bullying I go through, the Nos I get, the rejection because am either too "thin" or just not enough, the body shaming.

The amount of emotional torture I go through. It’s just too much,” Rue penned in a social media post.

Rue Baby has a theory as to why she has a small bosom.
Entertainment
2 months ago

I regret introducing you to the internet-Akothee tells daughter, Fancy

'Thank you for being a disciplined, ambitious understanding daughter." -Akothee
Entertainment
2 months ago