UK based group Wstrn bring the roof down in Nairobi

As opposed to African artists who usually come and poorly perform at their concerts, Wstrn on the other hand had massive success in their concert.

•Wstrn is a London-based group of three artists.

•They are known for their magnificent RnB and rap game. 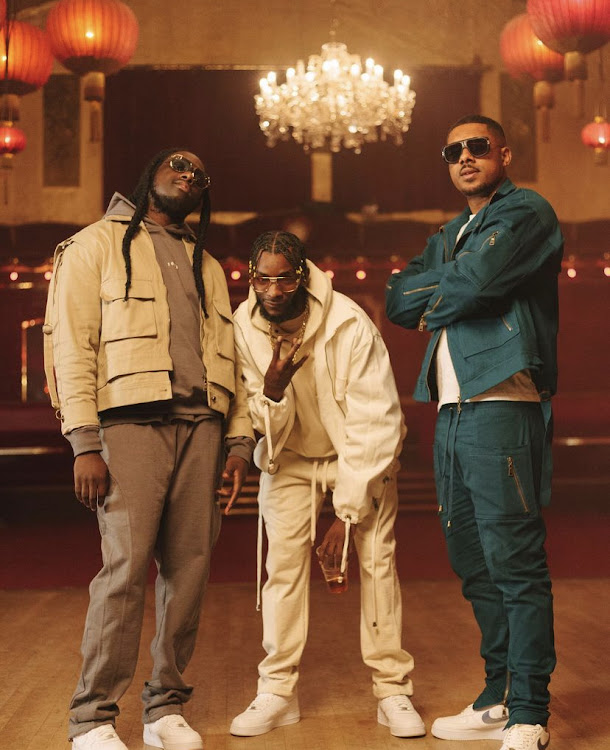 London based musicians, the Wstrn group pose for a photo
Image: Instagam

Wstrn is an internationally acclaimed and recognized group of three gorgeous men who continue to wow us with their hype, lyrics, and beautiful music.

The group performed this weekend at the  Waterfront in Karen, Nairobi.

The performance was seen to have been a major success as it was packed to the brim and on top of that, it was well evident that the crowd was fully hyped from the beginning to the end of the concert.

With a line-up of Kenyan's young and hip artists such as Miss Karun, Bey-T, and Lil-Maina, revelers had a real dope evening.

The various videos that have been posted on the insta stories of the group members, Louisreiwstrn and Hailewstrn, and the group's official Instagram page indicate that the fans that had been eagerly waiting for the event had a worthwhile time as they interacted with their favorite performers on stage.

Having an actively participating crowd from the beginning to the end of the event was a clear indication of their performance being a success.

It was a breath of fresh relief, to see people on social media gash over the group's performance after the first-hand embarrassment served by our very own Eric Omondi and his Tanzanian counterpart, recording and performing artist Harmonize.

Harmonize performed for less than 2 minutes, frustrating his fans at Captain's Lounge Athi River after they'd paid up to 5 thousand shillings to attend the event.

This led to a commotion that saw the crowd turn rowdy to the extent of police being deployed to the scene having to rescue Harmonize and Eric,  who had clearly disappointed their fans.

Having a good and worthwhile performance by the Wstrn group artists, gave music lovers a sense of security that they can count on some organizers and their performance well so far is kinda helping us save face as a country.

The group tweeted a thank you text to Kenyans for the amazing time they had while performing and the vibe that the crowd had. I will congratulate the group for ensuring that the spirit of the events and weekend was revived on their accord. " Wow Kenya, we are speechless, love." Their tweet read.

This is the second time the group is visiting the country. They last visited in 2018 where they shot the music video for their song, 'Sharna'. In the video, they showcased Kenya's beautiful white sandy beaches, diversity and landscape views, as opposed to the poverty and hardships that the whites usually depict Africa to be.

Visiting Africa is an achievement for most Jamaicans - Konshens

Jamaican artistes look at Africa like a bucket list.
Entertainment
4 months ago
WATCH: For the latest videos on entertainment stories