Noti Flow and King Alami back together again

They shared pictures of themselves having nice meals.

• Their reunion comes barely a week after Noti Flow took to her social media to disown King Alami.

• Even though the pictures were shared on their different Insta stories, a keen look shows the two were at the same location, eating the same food. 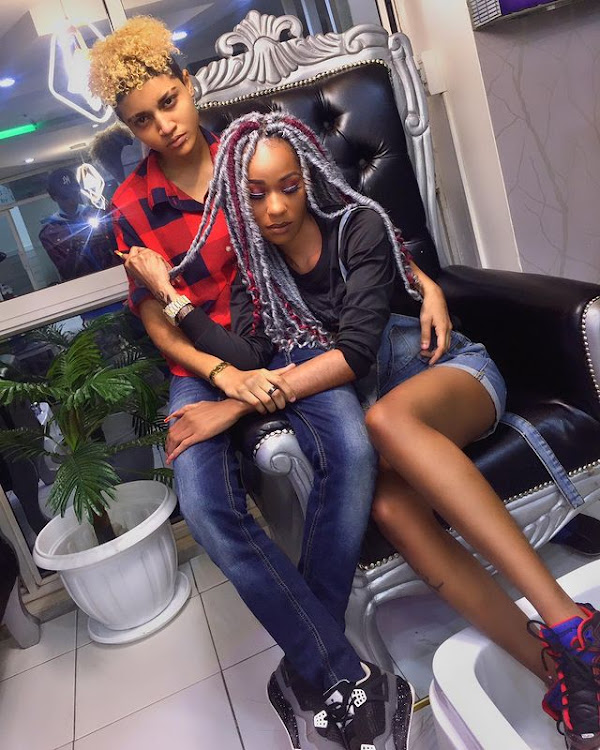 On their social media, the duo shared pictures of themselves having nice meals.

Even though the pictures were shared on their different Insta stories, a keen look shows the two were at the same location, eating the same food.

Their reunion comes barely a week after Noti Flow took to her social media to disown King Alami.

In a Q&A on her IG, a fan asked Noti Flow how King Alami was fairing on, telling her to say hello to her.

“You are gonna have to greet her yourself because I broke up with her,” Noti responded.

When asked why she broke up with Alami, the Foto Moto hitmaker accused her of being an escort.

“There were rumors going around that she is an escort. I confronted her but she denied it. So last night she told me she was going to her cousin’s birthday party in Westy.

I felt she was lying and decided to follow her on the low and yeah, she went to Runda instead. Some big house. Some old baba opened the gate for her, they hugged and kissed," she said.

When Mpasho reached out to King Alami, she refused to comment on the accusations made by her partner.

Days later, she would take to social media to ask Noti Flow to take her back.

"Pick up the phone baby take me back baby I’m sorry!!" she captioned a video of Noti Flow's song.

These actions gave fans an impression that the couple was lying about their break up in order to get necessary attention to sell Noti Flow's new song.

This was not the first time the couple announced a break up.

"I'd give you all my wealth if I didn't have responsibilities." - Noti Flow
Entertainment
2 months ago

'I've been used and abused in my previous relationships,' - Noti Flow

"I've dated boys with the hopes of loving and staying with them forever only to end in vain." - Noti Flow
Entertainment
2 months ago
WATCH: For the latest videos on entertainment stories