• Harmonize was arrested over allegations of conning club managers 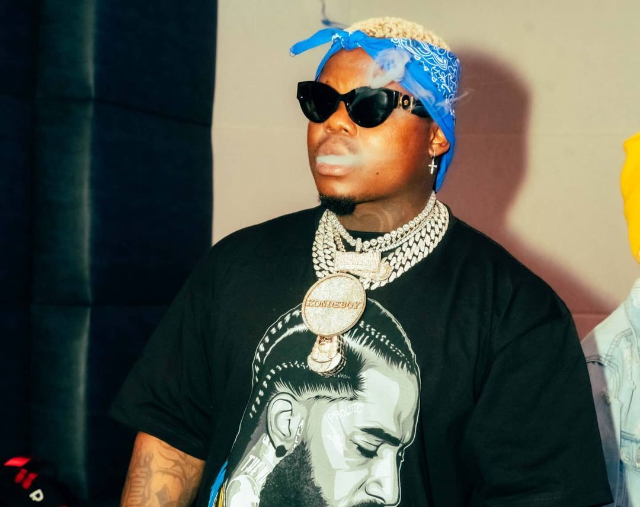 What a poor performance... a statement that the majority never want to hear when they have been given a task to perform, right? Let me leave it at that. Tanzania's musician was arrested for allegedly underperforming at Captain's Lounge in Athi River.

Why would someone want to sabotage their career by poorly performing or rather underperforming? Harmonize who was set to perform for more than 30 minutes was recorded to have only performed for less than 2 minutes. His performance was shorter than a quickie, I'd say.

The short performance led to there being a lot of fracases that among another set of disappointments saw to it that Harmonize was escorted to the Kileleshwa police station where he has been in holding for the better part of the day.

The fans who had been swindled, were on Harmonize's neck as it did not sit right with them to pay five thousand shillings for VVIP,  two thousand shilling for VIP, and one thousand for regular tickets and not have to see the performance because honestly what is two minutes? You blink and it's over

More fracas erupted at the police station where Eric was heard wailing because he had been allegedly punched by Harmonize. Harmonize ended up unfollowing Eric Omondi from his social handles.

He has been released from custody after he was confirmed to have refunded some of the people that he had swindled.

It is believed that Harmonize had a meeting with the director of Captain's Lounge, Basil together with other club managers who were disgruntled with his behavior. Basil agreed to allow the Tanzanian to go perform at Sonko's VIP nightclub in Mombasa (Volume Club) for a special Labour day performance.

Sonko was among the complainants. The release was a condition that he would perform in his club  in Mombasa. Sonko was at Kileleshwa police station for the negotiations.

Following his release, the Bongo star promised Kenyans to perform 25 songs in Mombasa as a way to ease or rather cool the crowds from the rage that had duly developed.

Harmonize is set to report back at Kileleshwa police station on Wednesday 4th May 2022.

Asked if he punched Eric Omondi at the Kileleshwa Police station, Harmonize laughed off the claims saying, "Can you beat someone in a police station? Does that even make sense?"

Adding that the issue of him getting arrested is a complete misunderstanding and that he was not out to con the promoters of the four clubs. That is not his style.

Eric Omondi is hosting Harmonize in Kenya
Entertainment
3 weeks ago
WATCH: For the latest videos on entertainment stories