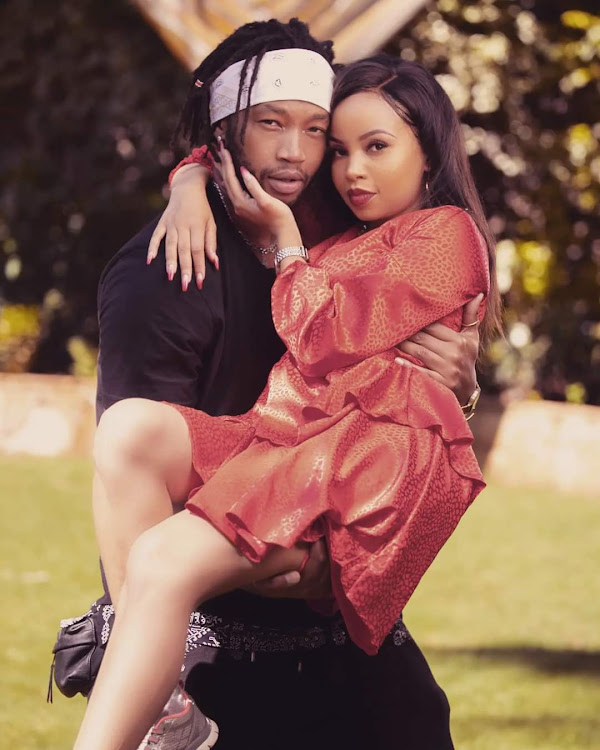 Actor Ephy Saint has come out to rant against a film industry cartel that keeps the actors poor as they make money off their backs.

Ephy who was romantically linked to award-winning actress Brenda Wairimu took to his social media to rant.

"Being an artist in Kenya is an extreme sport," he said, "First the fans think you dating every actor or actress you are paired with, then the production only pays you when you are shooting, but they sell the show to different buyers over the years and no money (loyalties/Royalties) gets to the actors or actresses."

He continued, "Work is hard to come by unless you are taking the Ksh 4,000 per episode they like to offer most. The moral of the story is, stay in school or start a business (Seasimua) f**k being famous especially if you famous without money 💰.. worry about the bag."

Another creative, Haroun Risa noted, "And the funny thing is, cartels will ruin genuine talent for personal greed because the ones high up in positions in Kenya don't care about securing Kenyan art/culture.

As long as they get to put large amounts in their pockets, they'll just watch a pathetic Venezuelan soap opera from the '80s and go to bed.

Kenyan artists need to realize that we are much better than what we settle for, just because we entertain.

And the moment the ones high up stop seeing Kenyan artistry as nothing but a hobby and a pastime is the day we will start having meaningful change.

But Kenyan artists have to change.

Kenyan artists need to stop settling for less, out of desperation for a brief moment of temporary fame.

Kenyan artists need to show the ones high up that this is a business which needs the respect it deserves, alongside financial support, and tax incentives to make it easier to film in Kenya.

Kenyan artists have to unite to show the general Kenyan population that this is a business too, and it should be treated with the respect of most businesses in the country, not a pastime.

The mindset of this being nothing but a time-wasting pastime/hobby is a major reason why this can't be grown into a proper industry by our leaders, and our people as well."

Here are some reactions from other creatives to Ephy's post.

Ashona Seraphine: This is why I quit, then there is a director trying to prey on you as a young girl promising the main cast which pays well for s3x favours, this industry is so dirty and fake, I thank God I left coz also. Too much showbiz with small money but you have to pretend that you are rich, I decided to protect my mental health over the fakeness that comes with this industry, and then on payday, all people think about is going to Carnivore to burn the same money partying and if you refuse you are called Fala. It's another cartel world.

Kibaki's grandson shied away from cameras
Politics
3 weeks ago

Eric says Harmonize was not obliged to entertain revelers that night.
Entertainment
3 weeks ago
WATCH: For the latest videos on entertainment stories