• Cartoon launched her music career earlier this year. And it seems everyone is rooting for Kenyan  Cardi C - as some of her fans have resulted in calling her. 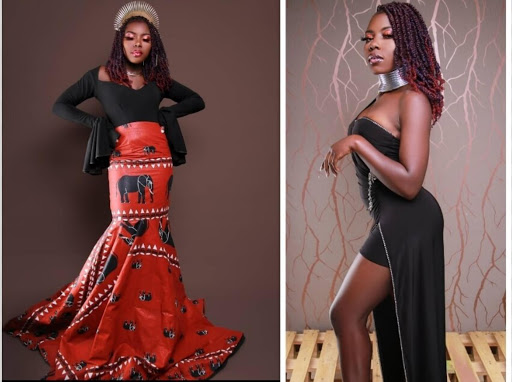 I just love the confidence people in this great but sorta crumbling country of ours have.

Like they wake up and choose whatever they want from violence to clout or vibes, it is really intriguing.

Also, the fact that at some point we always have a surge of something. Either everyone is a model, a DJ, content creator, interior/events designer, or artist. Like each season comes with a whole new batch.

One of the individuals who decided to showcase their musical prowess is our very own Cartoon Comedian, real name Vanessa Akinyi.

Earlier this year, Cartoon decided to try her luck in music and she dived right into the arena.

She became the latest Kenyan musician after releasing her music video, 'Kamkora,' in February.

Turns out the comedian wasn't playing about setting the pace for the Kenyan music industry. Two months after releasing her first single she's dropped another single titled 'Wacheni Jokes.'

People took to social media to share their thoughts on the new song and it seems everyone is rooting for Kenyan  Cardi C - as some of her fans have resulted in calling her.

Teddybear Thuo: Have listened to this more than twice. Eish you killed it

Langat: Cartoon's transition from one style of art to another is smooth. The girl is multi-talented no lie. Kudos!!

Johna Kaff Tv: I think this Cartoon can do well in music than comedy....this the 2nd track have had from her and wot I can say she's already owning the crown of a queen in rap.

Maureen Mugo: The song is on a next level ️️siz we need more of this good job gal,

She was once roughed up by goons.
InPictures
1 month ago

Cartoon Comedian claims that goons sent from Diana Marua had psychically assaulted her
Entertainment
3 months ago
WATCH: For the latest videos on entertainment stories