Evelyne Wanjiru said husband Agunda was angry when she did it

• Evelyne said that when her husband turned 40 years last year, all she wanted was to get pregnant for him.

• Evelyne cut her hair to start over again and pray for a baby. 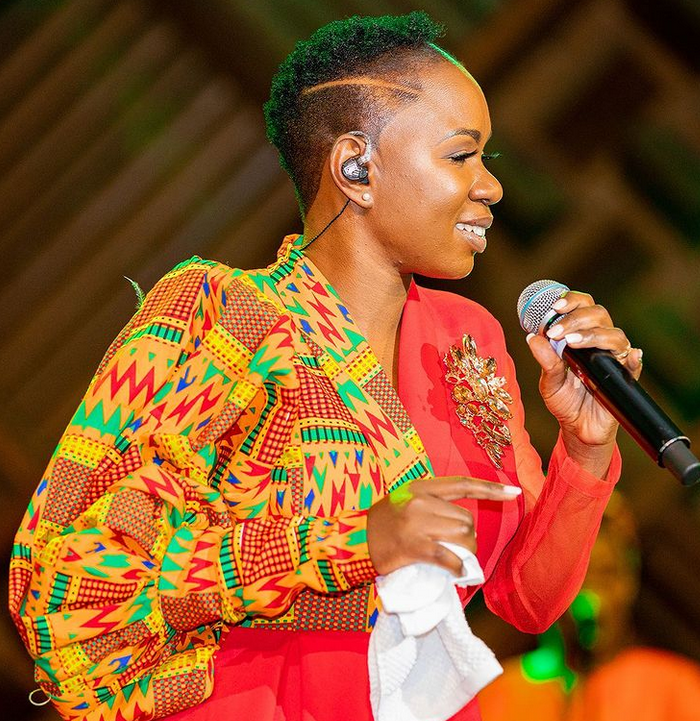 Gospel singer Eveylne Wanjiru says she had lost hope in ever becoming a mum.

Speaking on her YouTube channel, the 'Asante Yesu' hitmaker said she cut her hair when she desperately wanted a baby.

Evelyne said that when her husband turned 40 years last year, all she wanted was to get pregnant for him. It would have been the best gift to him.

"I remember one time I released a song and the first comment broke me even more. Someone commented on my page, 'bure sana, enda uzae kwanza' (Useless, first of all, go give birth), it really hurt me. When my husband celebrated his 40th birthday, I was telling God I want to give him a pregnancy as a gift."

She said when she could not pray anymore, she decided to cut her hair and start over again.

"I was at that point where I was tired and overwhelmed. I had to cut my hair and people said I looked good but they didn't know why," she said adding that her husband Agunda was angry with her.

"The Bible says, the hair is the glory of a woman. It even pissed off my husband but I did not tell him why I cut it. when I couldn't see any results, I told God to do His will at His own time," she said.

Evelyne said that welcoming her son 10 years after getting married has strengthened her faith.

Her husband Agunda said nothing is impossible when you have one purpose. He added that people constantly asked them when they were going to be parents.

"You post a photo of you two and the comments is, when are we seeing a third party. we are tired of you."

Evelyne and Agunda had budgeted for a sh 300k wedding but only managed to raised sh75k.
Entertainment
3 months ago

'Waiting is not easy' -Evelyne Wanjiru's husband celebrates her pregnancy

Bweni says the joy he is experiencing is something he cannot explain.
Lifestyle
4 months ago
S