• Diana Marua encouraged her husband to remain strong as his certificate was recalled.

• Bahati cried begging the President to intervene for him to fly the Jubilee flag for Mathare MP. 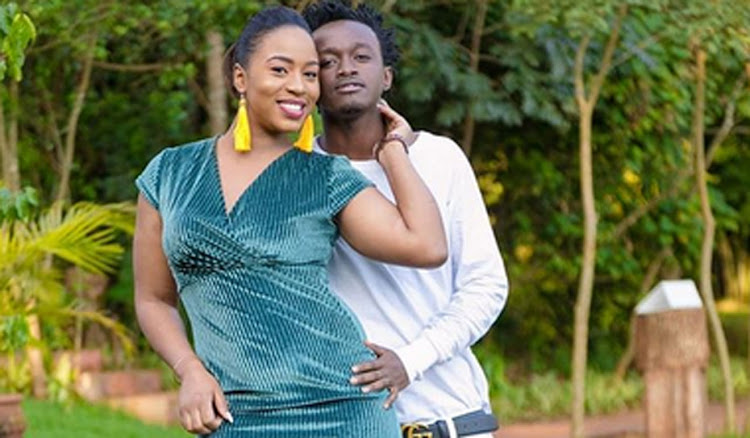 Yesterday, singer Bahati cried in front of the cameras and asked President Uhuru Kenyatta and ODM leader Raila to “Give the youth of this country a chance.”

Bahati alleged that he had been asked to step down and give his nomination certificate to the sitting Mathare MP.

"I received a call and I was called for a meeting and want to be as open as possible. I am being told that I need to recall the certificate and step down for the sitting MP since he(MP) feels threatened and he feels that if I am in the ballot box, the seat will not go back to ODM which I have said no," he said.

Bahati added that he is running for the seat since the people in Mathare had asked him to do it.

"Mathare people have suffered and I did not join politics since I wanted a job, I already had a job but someone who came from there understands them," he said.

"I was told to step down after receiving the nomination certificate," he said, adding that even with the new developments he was not going to step down from the Mathare Parliamentary race.

He complained of a fraudulent process in awarding the Jubilee party nomination certificate even after the party conducted free and fair primaries.

"I personally have made a decision that I'm not backing down from the race. My name will be on the ballot on August 9."

Well, hours later his Wife Diana Marua took to her social media saying that they shall overcome.

"Every Dark Cloud has a Silver Lining. It's Tough but We shall Overcome. @BahatiKenya Stay Focused on the Greatness that lies ahead of you and the people of Mathare."

Bahati received calls from ODM asking him to recall his certificate.
Exclusives
2 months ago

Bahati, MC Jessy, Jaguar are celebrities who have complained about their political parties
Entertainment
2 months ago
S