Our parents only learned of our pregnancy after miscarriage-Arrow Bwoy

• Arrow Bwoy proposed to Nadia during the launch of his album 'Focus'. 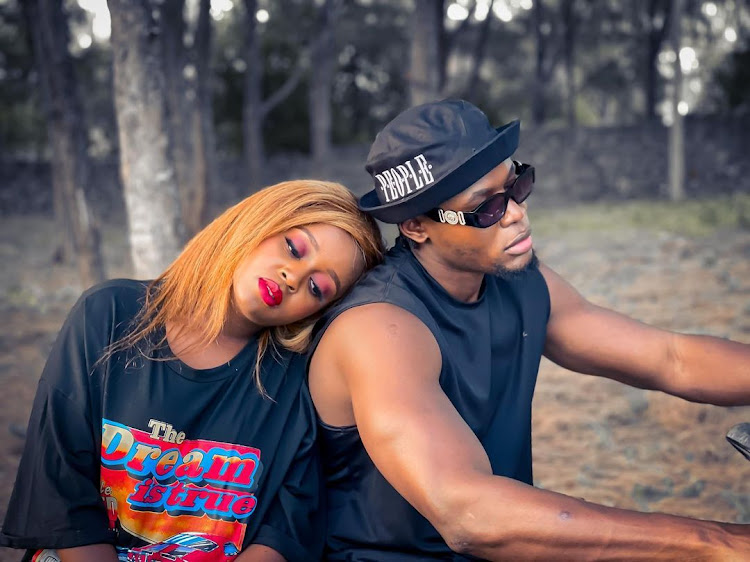 Nadia Mukami with Arrow Bwoy before they welcomed their son
Image: Courtesy

Nadia Mukami and her fiance', Arrow Bwoy have revealed their parents learned about the couple being pregnant after they suffered a miscarriage.

The couple says that made them do the right thing by immediately informing their family once they got pregnant again.

"Last time caught us off guard they (parents) only learned of the bad news, so when the second pregnancy happened we decided to tell them. The plan was for us to go to Nadia's home to break the news of the pregnancy after our trip from the US."

Nadia however came first leaving Arrow Bwoy in the US, only for the 'DigiDigi' hitmaker to lose his dad.

"While in the US my dad passed away so I went to visit her dad after we buried mine. I met the parents who gave me permission to go with their daughter, they told me to go and look for dowry."

The couple has a son who they welcomed on 24th March 2020. Announcing the birth of his son via his socials Arrow Bwoy penned,

"24.03.2022 We received the most Beautiful Gift Ever @haseebkai welcome to our world @nadia_mukami."

Having been present in the delivery room, Arrow Bwoy said the experience has made him respect Nadia more.

"The experience of being in a theater room is hard. It made me love Nadia more and it made me appreciate women more. Being cut up to remove the baby is a matter of life and death."

"There are some videos I have of her before being rushed to the theater. She was just dancing and I was being her hype man. I had walked the journey with her and I had accompanied her to Lamaze classes. I had been taught a few things during the class."

The couple is officially engaged after Arrow Bwoy proposed during the launch of his 'Focus' album.

Nadia Mukami comes clean on whether she wants more kids

Arrow Bwoy speaks on where and how he met Nadia Mukami

She was forced to perform 5 days after miscarriage.
Entertainment
4 months ago
Check out the latest news here and you are welcome to join our super exclusive Mpasho Telegram group for all the latest and breaking news in entertainment. We would also like to hear from you, WhatsApp us on +254 736 944935.