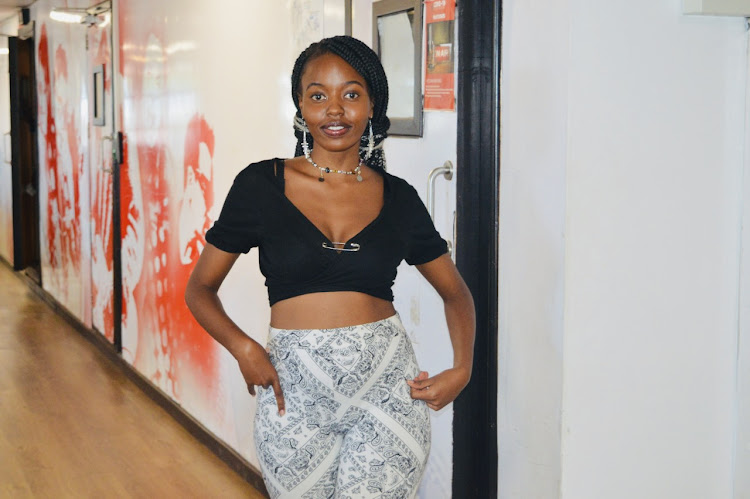 And the script changes.

Bensoul's baby mama, Tiffany Muikamba in all her interviews has all but been gushing about her baby daddy, the support he offers and their cordial relationship despite Ben having a publicly known relationship (dating to roughly over two years) with girlfriend, Noni Gathoni.

However, Tiffany's tune seems to have changed.

Tiffany took to her Instagram page to share that she wishes that Ben wasn't her unborn child's father.

She posted a tiktok video she made with the caption, "Shake what that stranger gave you." She then proceeds to dance showing off her baby bump while rubbing it affectionately.

The video however takes a turn when her second caption pops up. The post reads, " low key wishing I could change my baby daddy because my baby deserves better. But it is what it is."

In a recent interview with Mpasho, Tiffany revealed that things had gotten a little awkward between Ben and her after she had had a one on one meet up with Ben's girlfriend, Noni.

"If you have a problem with me. Come let us talk about it like mature people. I may be 22-years-old, but I feel I'm really mature." Bensoul's baby ...
Exclusives
2 months ago
WATCH: For the latest videos on entertainment stories