•"We want to see our leaders step up and demand for justice just like the do for every other Kenyan!" - Makena Njeri 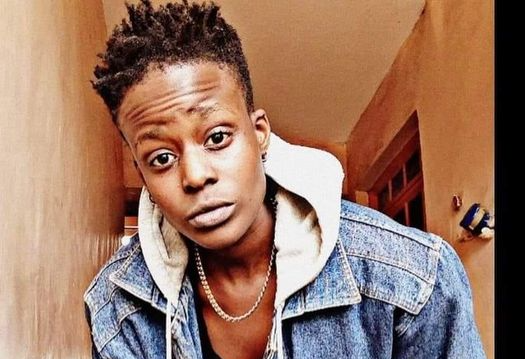 The late Shela Lumumba in a file photo
Image: Facebook

Bold Network Africa founder Makena Njeri has condemned the gruesome murder of one of their own Sheila Lumumba.

It is alleged that Sheila was gang-raped by six men, her leg broken before being stabbed.

Makena now says everyone has a right to life despite their sexual orientation.

Through her socials, Makena who herself is a member of the LGBTQ penned, "Sept 2021 We lost our sweet Erica to a Homophobic attack.

She was killed because of being a Transwoman. A human being just like everyone else, a Kenyan just like all of us.

In April 2022 we mourn another queer soul. We mourn the death of another human being who was raped and killed by six men. Reason? HOMOPHOBIA.

How disgusting that this is where the world has gotten to and to even bring it closer home she was a Kenyan who is protected by the same laws that govern us."

Maken called out Kenyans for playing God and choosing who has the right to live and who hasn't.

"Homosexuality is not a sin, Homophobia IS. For how long will this continue being the narrative?

For how long will we demand justice from the police and the public with no answers?

The leaders are quick to kick out queer kids from schools but show us their backs when the same queer kids are murdered.

We marched for justice and we won’t stop marching for justice even when our hearts bleed in pain."

In conclusion, Makena says it's time the government took charge of protecting security for its LGBTQ citizens.

"As I always say Section 162 and 165 of the constitution is a death sentence to all of the US.

When we as Kenyans refuse to fight these colonial laws that make no sense we will continue to lose queer lives and all lives because the law is vague and gives heartless people power to express their Homophobia!!

We demand justice for Sheila Loudly!

We want to know who the six men that attacked and raped her are! We want to see their faces on newspapers and national television for the whole world to see the sick faces of Homophobia!!

We want to see our leaders step up and demand justice just like they do for every other Kenyan! STOP KILLING US WE ARE HUMAN JUST LIKE EVERYONE ELSE!

Sending my heartfelt condolences to Sheila’s family. No one deserves to go through this kind of loss. #queerlivesmatter🌈#justiceforsheilalumumba."

Sheila Lumumba was allegedly murdered by 6 men for being gay

Kenyan-born Bahrain athlete Damaris Muthee had bought land and was in the process of developing it.
Crime
2 months ago
WATCH: For the latest videos on entertainment stories