Corazon Kwamboka back on the dating scene? Video hints

Corazon Kwamboka seems to be in a better place mentally

• Corazon Kwamboka posted a video that hinted that she might be dating again.
• Corazon split up with baby daddy Frankie Kiarie in February this year 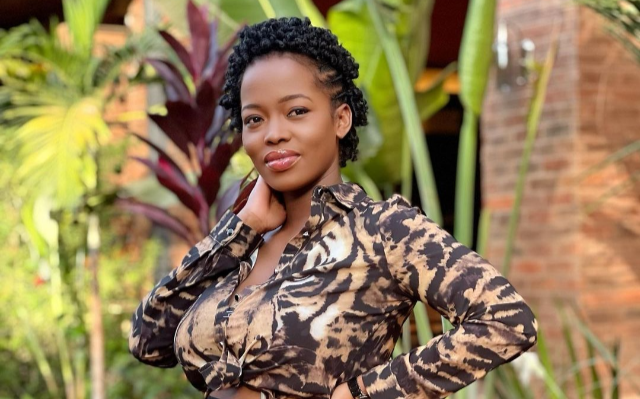 Corazon Kwamboka is in a more positive mental place at the moment. That's if one looks at her last few posts on social media.

After telling fans that she would be hitting the gym again after a long hiatus, Corazon has hinted that she might be dating again.

She revealed this nugget of information on her Instastories where Corazon had posted a video by content creator, Chiara King.

In the video,  a lovelorn man is heard hitting on a very disinterested Chiara. But that isn't what piqued my curiosity-It was the caption that was attached to the video.

It read, "When  you finally start dating again after your healing phase."

Could Corazon's innocuous video post be a cryptic message that she is back on the dating bandwagon? No idea but it isn't a stretch if one thinks about it.

Keen followers of the socialite will know that Corazon's posts since her February split with baby daddy Frankie Kiarie, had been about healing and trying to get better, mentally.

On March 21st last month, she noted that had been struggling with depression that even ended up with her getting hospitalised.

"Recently I went through a traumatic experience that saw me in hospital for a couple of days. I’m here to tell you that depression is not a joke and it’s not the same as feeling sad. It’s something that affects your brain, stops you from seeing any good in your life. And if you’re depressed please seek help. DON’T GIVE UP. There is always 1 person who loves you unconditionally and is willing to listen to you. And if you can, seek professional help. IT WON’T ALWAYS BE DARK."

Contrast the message above with the motivational, inspirational, and playful posts she has been making the last few weeks.

Is it possible that the change reflects a Corazon who is back to her more fun and happy self, one who is open to love and dating again?

Who knows? Only time will tell...

How Corazon got over painful break-up with mzungu bae

I was hospitalised after a traumatic event-Corazon Kwamboka

"The more intelligent you are, the more your chances of getting depressed." - Corazon
Entertainment
8 months ago
WATCH: For the latest videos on entertainment stories