Abel Mutua speaks on where he was during Nyashinski concert

• Unlike Abel Mutua, Njugush was seen attending to his wife's needs.
• Abel Mutua was shocked at the way Kenyans reacted to the whole situation. 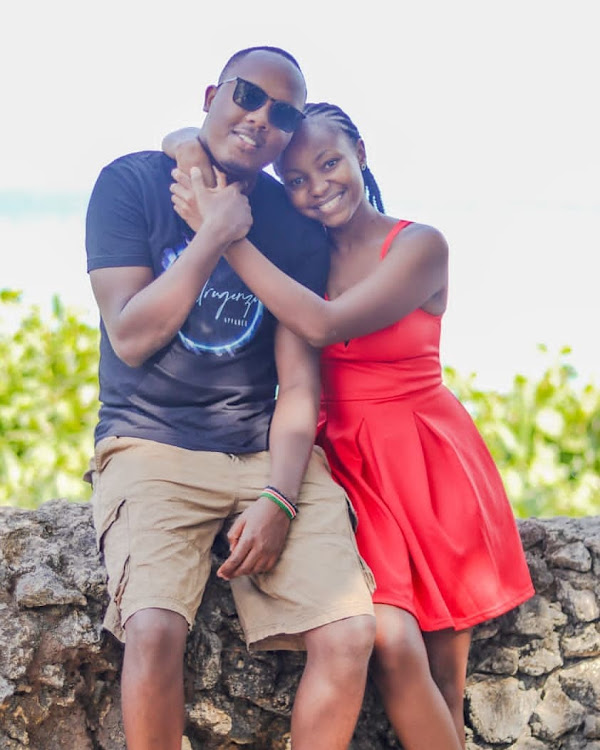 Film-maker extraordinaire, Abel Mutua has finally responded to the accusations that he left his wife, Judy Nyawira, all alone during Nyashinski's concert, Shin City.

The viral video had done the rounds online showing Judy looking bereft as close friends Njugush and Celestine Wakavinye smooched as if their lives depended on it.

Abel's response came in a video that was posted by Judy on her Instagram page. Abel starts by complaining that Kenyans had created a fuss about nothing.

"Manze Wakenya mnautiaji. I can't even talk to other ladies for two seconds. You are already making noise! I wasn't even able to get her name...," he joked.

"Why did you leave me alone while Njugush was with his wife?" was Judy's insistent retort.

But Abel put up a resolute defense saying that the video had been taken at an inopportune time.

"Even Njugush I was with him partying before he was captured with Cele. He then left for 5 minutes to go and be with Celestine Wakavinye. Unlike me, Njugush was very lucky that the camera got him with Cele. So the truth is that the camera didn't get me when I was with you," he stated with finality.

But Abel had learnt one valuable lesson from this whole affair. That a man like him cant cheat. "Manze you can't cheat in peace," he said ruefully.

Watch Abel's epic defense of himself below;

Most noted that Abel Mutua's wife looked lonely, a little out of place, and maybe even slightly envious of Njugush cuddling wth Celestine.
Entertainment
4 months ago

Abel Mutua opened up on the secrets to his successful marriage
Entertainment
6 months ago
WATCH: For the latest videos on entertainment stories