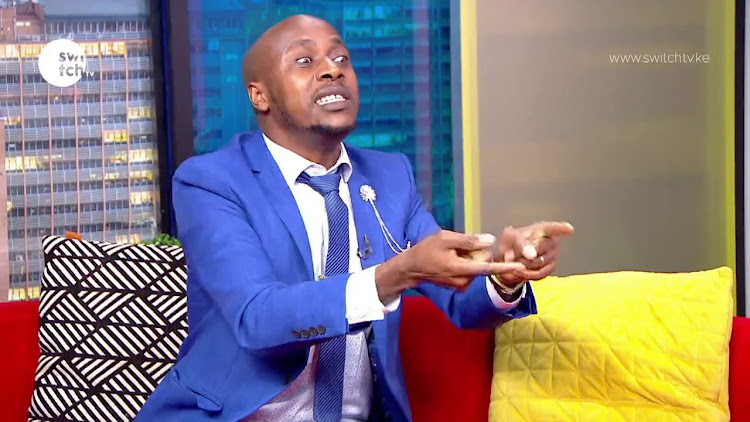 Relationship coach Benjamin Zulu has told off Kenyan triplets who are dating the same man.

Eve, Mary and Cate are dating a man named Stephen, who they say has been giving them the same amount of love.

According to Benjamin Zulu, it is both immoral and demeaning for the ladies to date the same man.

"A normal self-respecting lady would never sleep with a man who is sleeping with her sister. It's even disgusting to imagine the same man seeing your nakedness and that of your sister as well if at all your conscience is working. These tales of the same man marrying sisters or twins is a combination of fetishism and foolishness," he says.

Zulu further rebuked the man who is dating the triplets, saying he has a perverted desire.

"The man has a perverted desire to deflower daughters of the same mother, and the sisters have mental blindness to accept such demeaning treatment.

They have no idea of their individual worth or else they would have demanded to be queens each to their own king. A woman who knows her value can never share a man."

The relationship expert adds that identical children such as twins and triplets have a tendency to unknowingly sabotage their individual destinies.

"They can mistake their closeness to mean they're an extension of each other and they fail to forge and develop their unique identities. If twins marry other twins that's normal, but if twins marry the same man it means they're both less than a complete woman in their minds. If you have a twin sister do not sink into the perversion of getting laid by the same man," he advises.

'Do not sleep with a woman you are dating,' Benjamin Zulu advises

Zulu advised that couples who are dating should meet in open places such as hotels.
Entertainment
8 months ago

Life coach Benjamin Zulu has advised women against marrying men who are financially stuck. Zulu says one cannot change such men adding they should
Entertainment
9 months ago