There is light at the end of the tunnel - Anerlisa Muigai

•  The Nero Company CEO ANerlisa Muigai also opened up about how hard life has been.

• She continued, "Everything happens for a reason and with prayer, everything falls at its right time. There is a light at the end of the tunnel." 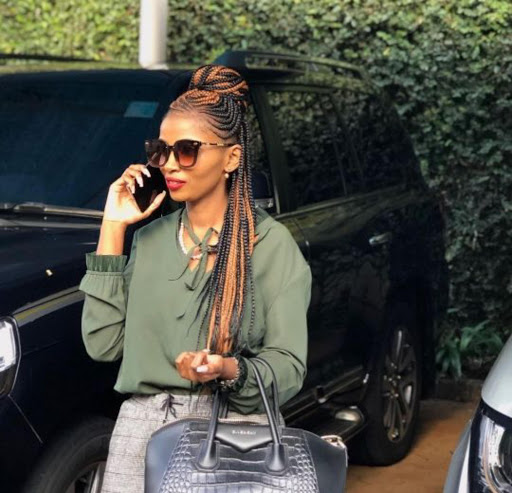 The Keroche CEO garnered 98439 votes trampling five other candidates to secure the ticket.

While accepting the nomination Tabitha who changed her name to include Keroche thanked those who voted for her in the nominations.

"I want to thank the Nakuru people in a special way for nominating me to be the flag bearer for the senate position in a UDA ticket, I am humbled and honoured. I want to assure Nakuru people that ready to face the other candidates in the Azimio and with your support, we will deliver the Senate seat in the August 9 poll," Keroche said.

She added, "I also want to thank my competitors for accepting defeat and I assure them that I will work with them because I know they have their manifesto which I will accommodate and together with mine we will make Nakuru what we have always wanted it to be."

Celebrating her mother's win, Anerlisa penned on her social media.

"Congratulations To Mum. I have no doubt you will be the best Senator. You Understand The People's Needs."

Adding, "Thank you all for the support."

The Nero Company CEO also opened up about how hard life has been.

"Today is one of those days I can say I feel rested and blessed. I have gone through a lot from losing my sister, family business being affected, divorce, dealing with attacks. Now I feel at peace, loved and extra motivated."

She continued, "Everything happens for a reason and with prayer, everything falls at its right time. There is a light at the end of the tunnel."