• Kinuthia shared a video praising Moya's looks and moves and said that he would fall for the dancer. 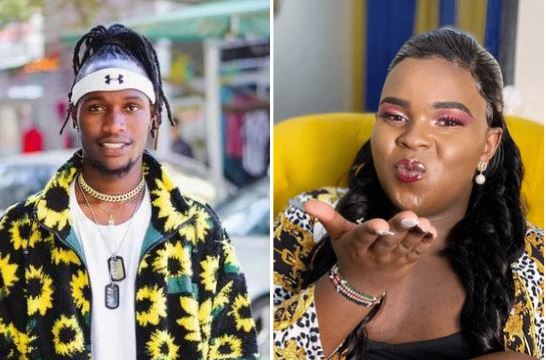 Content creator and dancer Moya David has responded to Tiktoker Kelvin Kinuthia after he thirsted on him a few days ago.

Over the weekend, Kinuthia shared a video praising Moya's looks and moves and said that he would fall for the dancer.

"If my man sent me Moya David at work, for him to come and dance for me as he does, I don’t know how it would go," he said adding that if he was a lady, he would dump a boyfriend for Moya.

"He is good looking and knows how to dance."

He noted that if the compliment was from a female he could appreciate it and even slide into her inbox to chat with her. But not a fellow man.

Moya said that he can't do content with Kinuthia because he failed to respect him and also he must follow the correct procedure if he wants them to work together.

"It is a good comment but coming from the wrong person, I mean wrong gender. If it was a lady, I would have even slid on her DM. I didn't take offense but I think if it is a matter of creating content, he would have just used the right procedure," Moya said.

The alleged miscreant posed as David requested Kenyans to help him raise funds in order to purchase a higher quality camera.
Entertainment
4 months ago