• Osinachi's twin sister was interviewed by BBC Pidgin.
• Grace Amarachi claimed that Osinachi was initially not interested in Peter. 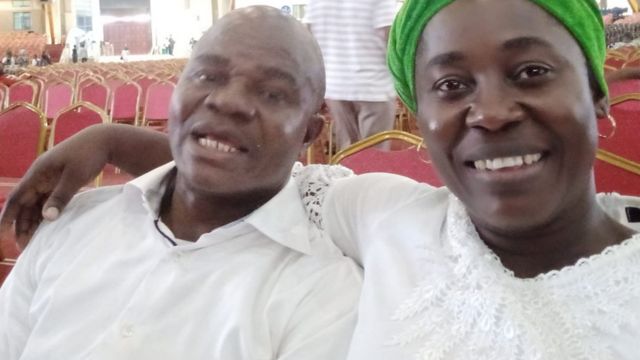 The late Osinachi with Peter in a file photo
Image: Courtesy

During the interview,  Grace explained that her sister had first met Peter Nwachukwu at Glorious Singers program in Abuja.

Grace narrated that her sister hadn't wanted to marry Peter at first, but he was persistent, never giving up, with Osinachi finally giving in.

"Peter was all over my sister, but she had no time for him", she said.

She said that Peter even went to the extent of calling Grace to beg her late sister on his behalf to marry him.

" I was surprised to see them begin a relationship, without any courtship, they performed their marriage rites, everything happened too fast", Amarachi added.

Osinachi died at an undisclosed hospital in Abuja on Friday, with the police later arresting her husband Peter as the prime suspect. Nigerian police have said that the suspect will face murder charges.

The late singer was known for hits such as “Ekwueme“. with the song having more than 70 million views on YouTube.

Osinachi's son claimed that his father had said beating and mistreating women was o.k
Entertainment
2 months ago
WATCH: For the latest videos on entertainment stories