Osinachi died on Friday after allegedly being beaten by her husband

• Osinachi's death has caused an uproar in Nigeria with the husband being the prime suspect.
• Osinachi's son claimed that his father had said beating and mistreating women was o.k 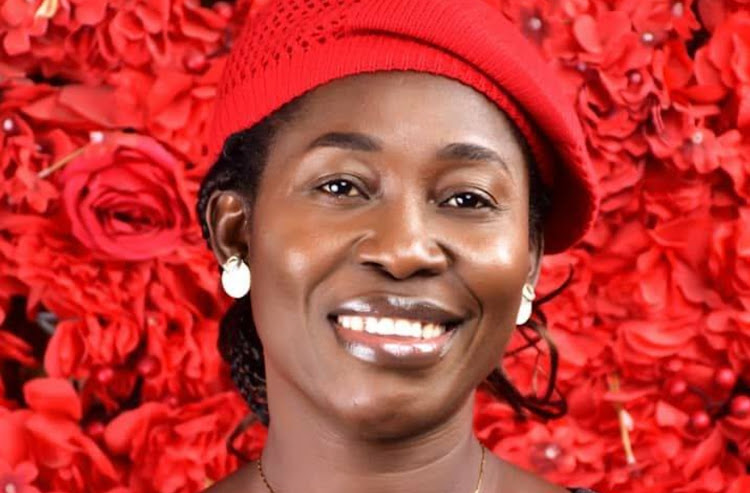 The late Osinachi in a file photo
Image: Courtesy

New information is coming out after the death of the late Nigerian musician, Osinachi Nwachukwu.

Her first son has alleged that his father made them aware that beating and mistreating women was an acceptable way of life.

He claimed that his dad used to beat his late mom over little arguments. On one occasion, he alleged that his father had pushed his late mother out of the car they were traveling in before forcing her to walk back home.

According to the late Osinachi's friend, Ene Ogbe, the boy had confided in her about how the father even seized two of her cars that were gifted to the singer, so he could restrict her movement.

“This boy told me the ordeal his mom has been going through with his dad, how he beats her up in any little argument, he said aunty; my dad pushed my mom out of the car at night after Wednesday service, and bad boys snatched my mom’s bag that night, how mom got home that night I can’t tell because dad left her, people dashed my mom this two cars (pointed at them for me to see) but dad at times will say my mom should take bike while we go in the car, even when we are coming back from church my mom will stand under the sun and we will drive and pass her and we will wave at her, my dad told us that beating women is good."

“By God’s grace, I was in our beloved late sister’s house this evening again and am glad that he was actually arrested by the police… But what baffles me is the way and manner he has polluted the children’s minds,” Ogbe wrote in a Facebook post.

News of Osinachi's death broke on Sunday with police later arresting her husband Peter Nwachukwu as the prime suspect. Nigerian police have said that the suspect will face murder charges.

Osinachi who was the lead singer at the Dunamis International Headquarters died at an undisclosed hospital in Abuja on Friday.

The late singer was known for hits such as “Ekwueme“. with the song having more than 70 million views on YouTube.