Cebbie's phone was stolen by the gunmen

• The incident happened at the wee hours on the night around the Chiromo area in Nairobi. 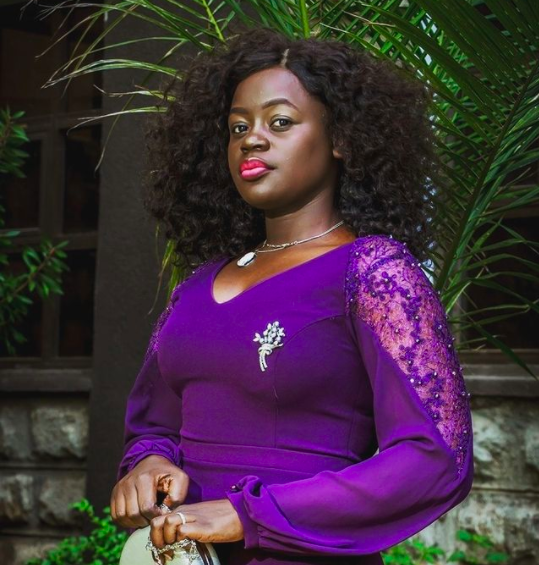 Singer Akothee's sister Cebbie Koks Nyasego has shared her scary night in the hands of gunmen.

Cebbie took to social media to share the incident that happened at the wee hours on the night around the Chiromo area in Nairobi.

"Oh! Sh!t! Got robbed at gunpoint hapo Chiromo on that bump when the car slowed down and managed to escape with my phone," she wrote.

She wondered how quick the gunmen were in pulling the robbery operation.

Cebbie added that she panicked an screamed so hard that it could awaken the dead people at the Chiromo Mortuary.

Last year, her sister Akothee shared a security threat she encountered in Kisumu.

"When I was about to take a turn to my home this same car, I left in Rongo, was chasing us, it pulled in front and blocked the road.

One guy in police uniform jumped out as their car was still on motion shouting, stop! stop! stop! I panicked and dint understand what was going on, So I told them kama nyinyi no polisi ,kuja hapa station.

I had panicked badly, drove inside the nearby police station, just in case they are police or thieves, hooted and no one came out it's 1.00 am The station was also empty. A second thought came ,hey this could be thieves, trying to reverse," Akothee shared.

In the encounter, Akothee caused an accident only to hear that the men were her fans who only wanted to talk to her.

Before, Akothee said she was once hospitalized due to toxic relationships
Entertainment
5 months ago

Being in the limelight makes most fans idolize you and see you as bigger than life and this is why most people wish to see you and talk to you ...
Entertainment
5 months ago

The beautiful reason Akothee wants to get a degree

Akothee's desire is to make her mom proud
Entertainment
6 months ago
WATCH: For the latest videos on entertainment stories