Consumator was trolled after asking for financial help

• Comedian Consumator, "I reached out to ask them to also push my new page and maybe tell my fans that my other account was hacked, no one came through." 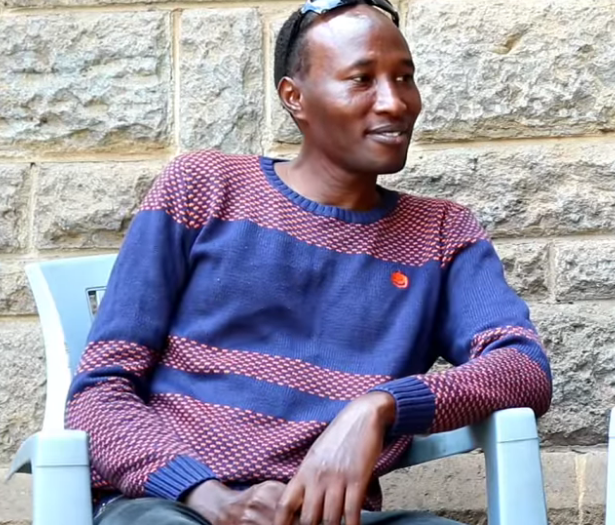 Comedian Consumator has spoken out about how his friends in the industry neglected him when he needed them the most.

Speaking to Presenter Ali on YouTube, the former Churchill show comedian said he narrated spending all his savings on his ailing dad.

When Covid-19 hit the country, he was left jobless and was housed by a fellow comedian who later chased him away after he failed to raise the agreed amount of money they had agreed to pay rent.

His church friend reached out to him and gave him a caretaker job and a house to live in.

"Within that tough period, I woke up one day and found my page was hacked. I begged the comedians in the industry to feature me in their online content. They ignored me," he said.

"I reached out to ask them to also push my new page and maybe tell my fans that my other account was hacked, no one came through. I have learnt through that. We need to uplift each other. No one wants to post you when you are down."

Consumator said he is looking forward to starting a new online show where he will give his fans to open up about whatever challenges they are going through in life.

When asked if he would like to continue being on Churchill, the comedian said he has outgrown the show.

"I can always go back to the Churchill platform. I would like to get a show there but we need to look beyond. I am looking for a new challenge. I just want to be going there as an appearance. I also feel that I have outgrown the show."

He spoke about the stigma he faced after he came out to ask for help.

"I was embarrassed before I came out. I knew I would be trolled. I told myself I lose nothing. After I spoke out, I got relieved. People are coming out through my story. I want to start a show dubbed 'TBT 'Truth be told'.

"Stigma from my family and close friends in the industry. They think I should not have come out. I will get a solution."

"I have been raised in the village with a lot of struggles and I understand things do happen. This story is about those small painful steps..." - ...
Entertainment
2 months ago