• National Cohesion and Integration Commission (NCIC) have appointed Madocho who is well-known for his hardcore sheng. 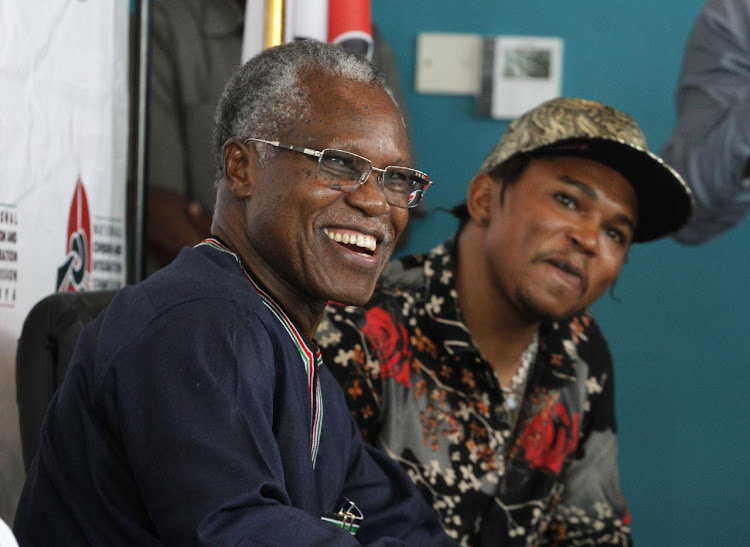 Sheng master Alessandro Olocho Santo aka Madocho has been appointed as a Brand Ambassador for NCIC (National Cohesion and Integration Commission).

Madocho known by many for his deep slang was unveiled as the ambassador by NCIC chairman, Samuel Kobia.

The appointment is to help create cohesion and to send a message to all the youth in the slums to maintain peace during this electioneering period.

Karen Nyamu has laughed off the online attacks.
Politics
5 months ago
A post shared by Mpasho Kenya (@mpashogram)

This is to be done through sheng which he is most known for and which is popular among the youth living in slums. Speaking for the first time after the appointment, Madocho advised,

"My message to the youth out there is to stay away from crime and negative energy. Be positive-minded. Let us not use bad words during the election period."

The National Cohesion and Integration Commission (NCIC) of Kenya is a government agency. It was created to address and reduce inter-ethnic conflicts.

The Commission was created by the National Cohesion and Integration Act (no.12 of 2008) following the 2007- 2008 post-election crisis.

NCIC's primary job is the prevention of discrimination on the basis of race or ethnicity.

It also champions and advocates for cohesiveness among the diverse groups in the country and enforces the legal provisions of the National Cohesion and Integration Act 2008.

Do you think Madocho is the right man for the job?

'I will beat you up,' Mbogi Genje manager threatens fan

"A lot of people keep asking about me and Lin [Kiruthi KRG's ex wife]? Why do you want to know about it?" He asked, "Is loving someone a crime?"
Exclusives
3 months ago
WATCH: For the latest videos on entertainment stories