Some hid the children, others speak about them proudly

• Most of these kids were born when these celebs were still in their youth. 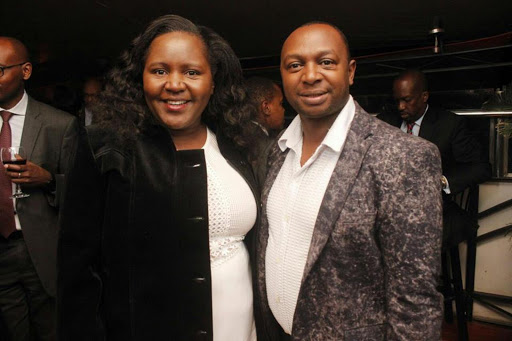 'Go ye and fill the earth' is something some celebrities have taken literally.

These celebrities have in the past admitted to siring kids outside marriage.

The kids are mostly from their childhood sweethearts whom they never got to marry.

The Bonfire Adventure boss recently admitted to having a 24-year-old with another woman.

His admission came at a time when his marriage to Sarah Kabu is assumed to be on the rocks.

The Jabo Jabo creator has denied claims his marriage is troubled.

In 2020 Neno Evangelist founder pastor Ng'ang'a met his adult daughter for the first time on March 26, 2007.

Ng'ang'a met his daughter after more than 20 years as his ex-wife had left while heavily pregnant.

' I would leave jail on a Friday and be back there by Monday.' - Pastor Ng'ang'a
Exclusives
3 months ago

" It is after she died that the kids looked for me." - Pastor Ng'ang'a
Exclusives
3 months ago

He continued, "I got the child with a married woman. It was back in the days when I felt like the world is yours. I went on a tour in Mwanza. I know we had a one-night stand and I heard after some months that she was pregnant."

A sullen Diamond added, "I have tried my level best to get connected to the child but the mother keeps pushing me away. I don't want to lose my blood."

In a past interview, Diamond told TBC FM about his encounter with the mother of his first child back in 2010.

“After our one-night stands encounter, she told me she is pregnant. I accepted the responsibility and I would take care of her but during that time, I started dating another girl then a lot of things happened in between."

Diamond explained that he later went to Mwanza to seek her out to find out how she is doing.

"She told me the pregnancy did not get to full term and she lost the baby. but she lied. When I did my investigations I found out she had given birth and that is when I demanded to see my child."

To date, Diamond has never seen the child.

The Joka Jok Founder has kids from a previous union.

Speaking on Radio Jambo, the producer said that he was young and stupid when he first got married hence the reason why the relationship did not work out.

“I played a part in making sure the marriage did not work. I was a really bad boy,” he said.

Tedd admits that he was arrogant in the relationship, leading his former wife to walk away with the kids. Even after that he still neglected the children.

He revealed that he is now trying to repair his relationship with his other kids, who are almost teenagers.

“That wound is still very fresh, but now is when we are trying to repair the bond that was broken then with my other two children,”

Ted had a daughter with his late wife Reginah Katar. The beautiful girl is loved by many thanks to her infectious smile.

Although not married, Diamond has admitted to having a 10-year-old child.

He sired the child with an ex-lover who is now married.

This he revealed on the Netflix reality show Young Rich and African.

Asked what that mean, Diamond explained,

"A couple of months back, my mum told me, she met this lady, I know this lady, and she said she has my kid but then, she doesn't want to tell me because she is married and her husband thinks the kid is his. My child is 10 years old."

'As long as they are adults, nothing is wrong,' - Gabriel
Entertainment
5 months ago
Watch: Latest videos from 64th Grammy Awards