• Looking at the history of the Dangotes it's hard not to ask ourselves if Diamond would last in marriage. 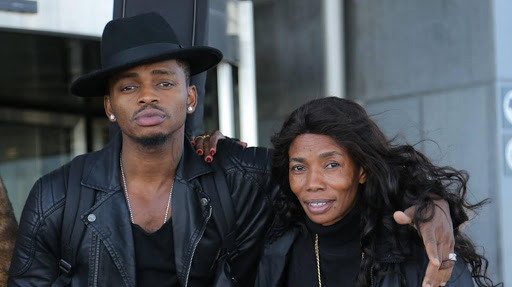 Diamond Platnumz with his mother, Sanura in a file photo
Image: Instagram

Word on the street is that Diamond Platnumz has gotten married to a woman from Zanzibar.

Looking at the history of the Dangote's it's hard not to ask ourselves if Diamond would last in marriage.

Looking at his sister Esma Platnumz has been married and divorced in the past.

Her two daughters are from different baby daddies.

In 2021 Esma got married to Tanzanian businessman Msizwa in a colorful wedding.

The couple has since broken up and Esma is currently in a new relationship.

Diamond's other sister Queen Darleen has also had her fair share of challenges in relationships.

She was in the past engaged to her baby daddy who she termed a deadbeat.

She is currently married to Isihaka Mtoro as her second wife.

Mama Dangote has also not been saved from character development having parted ways from her husband Mzee Abdul years ago.

She is currently dating Uncle Shamte.

Many never thought the relationship would last but it has.

The couple have for months been rumored to be dating.
Entertainment
3 months ago

Diamond is not new to controversy. He has kids with different baby mamas among them Tanasha Donna, Zari Hassan, and Hamisa Mobetto.

He also admitted to having fathered a child with a married woman.

On the Netflix TV show Young, Famous and Africa Diamond revealed that he has a 10-year-old child with a married woman.

Speaking on the show producers, Diamond explained why he keeps saying he had five or six children, yet the whole world only knows of four - from his three baby mamas.

Asked what that mean, Diamond explained,

"A couple of months back, my mum told me, she met this lady, I know this lady, and she said she has my kid but then, she doesn't want to tell me because she is married and her husband thinks the kid is his.  My child is 10 years old."

If Diamond has really gotten married, do you think his marriage would last?

Mama Dangote expressed happiness that her son has finally found his dream woman.
Entertainment
3 months ago