• Vincent Mboya has been in the news over his numerous altercations with celebs.
• Vincent Mboya was even embarrassed by Butita and KRG a few months ago. 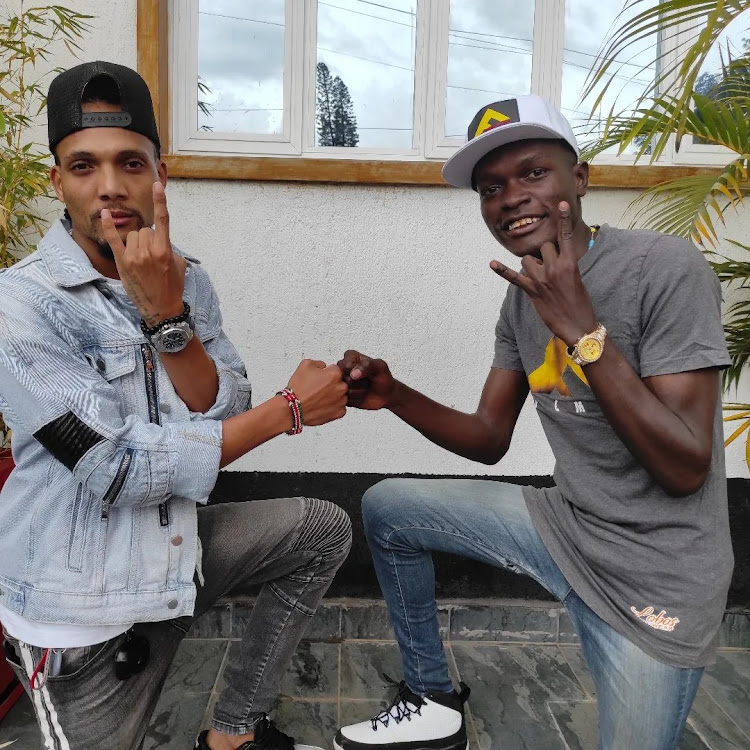 Vincent Mboya with KRG after they made peace
Image: Instagram

Vincent Mboya was recently a guest on Nicholas Kioko's YouTube page. Mboya who came to fame after begging Jalang'o for rent money has become a divisive figure among many celebs and Kenyans.

This came to the fore a few months ago when he was publicly embarrassed by KRG and Eddie Butita, with some believing that he was a clout-chaser who had gotten what he deserved.

Vincent spoke about the incident during his interview with Nicholas revealing that the incident had nearly made him take his own life.

"When I met Butita and KRG and they dissed me, that was when I had lost hope with my career. I was even thinking of taking my own life. Later on that day I went home and cried. People said that it was all for show but it was really hurting me. I was a bitter person."

He also went on to reveal that he had looked online for ways to take his own life. Thankfully Vincent didn't go through with the dark thoughts as things would soon change for him as God brought someone into his life who believed in him.

"Thank God the director for Presenter Ali who prayed for me and prophesied that things would change for me in March. Last month was the first time I have been on a plane. I have gained more than 10k subscribers. I also have a manager who has seen the good in me."

Vincent Mboya says his importance in Jalang'o's life cannot be understated. The Kenyan who rose to fame for returning 18K given to him by Jalang'o, ...
Entertainment
1 year ago

"Please stop using my name and now you displaying my number when you know you haven’t sent money in my number! Just stop it!” - Jalango
Entertainment
1 year ago